It came after alleged breakup in their on-and-off relationship 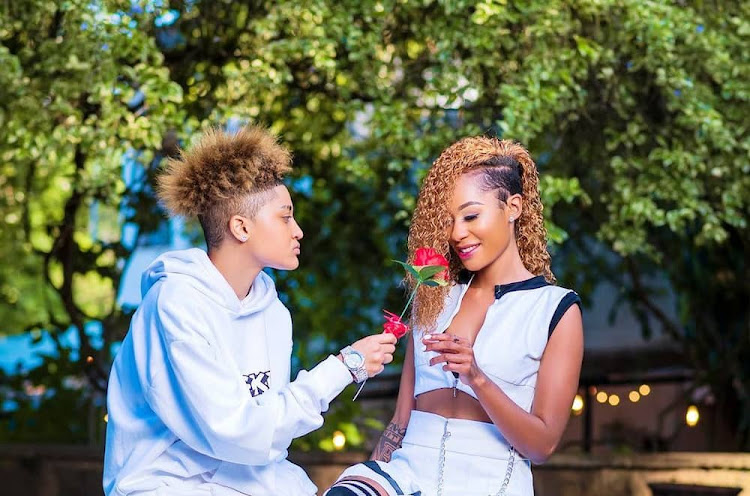 Rapper Noti Flow has shared a medical appeal in support of her ex-lover King Alami, who is currently hospitalised at Kenyatta National Hospital.

A social media post by the singer indicates the family of her ex-girlfriend is raising funds to help settle medical bills as she receives treatment for an ailment that has not been made public.

Unconfirmed reports claim that Alami fell from a highrise building in the wee hours of Friday morning.

Noti and Alami had allegedly broken up a few days ago.

Further reports indicate that the split allegedly led to the fatal accident that left King Alami in the hospital.

"My heart is broken, and I’m devastated, but I’m staying positive and prayerful," she said.

In another post, Noti said she couldn't speak on the matter since what had happened to Alami was a criminal matter and the police are investigating.

"I understand y'all are concerned and would like to know but my hands are tied. This is a criminal matter and I don't want to interfere with police investigations," she wrote.

She added that her biggest concern is Alami's recovery and discharge.

"I hope karma catches up with them," she prayed.

2021 is the year a number decided to be bold enough to come out
Sasa
1 year ago
Homosexuality ‘spread from cities to the village’
Post a comment
WATCH: The latest videos from the Star
by ELIZABETH NGIGI Lifestyle, Entertainment Journalist
Word Is
25 October 2022 - 00:00
Read The E-Paper