Harmonize's ex-wife demands half his wealth

• She is seeking to be officially divorced from the singer, who is now with Kajala 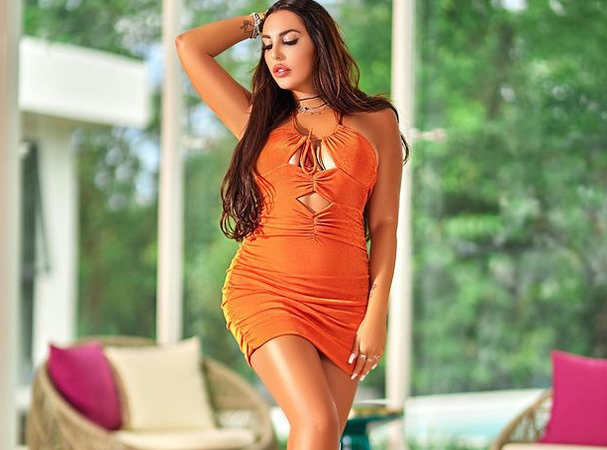 Harmonize and his estranged Italian model wife Sarah Michelotti are in the limelight again.

Sarah has moved to court to have Harmonize’s assets divided in half and also seeking to be officially divorced from the singer.

Harmonize and Sarah tied the knot in 2019 after an engagement in Italy the same year.

The Muslim wedding, which was followed by a reception of only 100 guests, was held at Serena Hotel in Dar-es-Salaam.

They later split up after the singer revealed that he had a secret daughter.

At the time, he was allegedly dating Kajala, whom he told Sarah was his sister.

Sarah was spotted at a court in Temeke accompanied by her family on Tuesday.

According to a statement on Harmonize's Instagram, Sarah wants to be given part of his wealth in the ongoing divorce.

"She wants part of my wealth since I had married her. When we separated, I did not have anything and I ended up sleeping at Kajala's house," he wrote.

His girlfriend Kajala then advised Harmonize to ignore his ex.

While dating, their relationship was not smooth. Diamond released the'Inama' song featuring Fally Ipupa, which had a line alleging Sarah cheated on Harmonize with Diamond's former bodyguard, Mwarabu Fighter.

Harmonize got angry at Diamond after saying that it was disrespectful of him to feature his affairs on the 'Inama' song.

In the past, Sarah has been vocal in reminding Harmonize about how she financed his career when he was starting out as an artiste.

Yesterday, she wrote, "Don’t bite the hand that feeds you for more than four years."

When you finance romance then your lover dumps you

Freshley Mwamburi is not the only one to be conned in love
Sasa
1 year ago
Men cheating is normal? No, it’s grounds for divorce

Harmonize says sorry to his ex-wife in song

In a live performance on 'Ceek', the singer says he is sorry and lonely
Sasa
1 year ago

Singer referred to as 'husband of my heart' by the girlfriend
Sasa
2 years ago
Post a comment
WATCH: The latest videos from the Star
by ELIZABETH NGIGI Lifestyle, Entertainment Journalist
Word Is
29 September 2022 - 00:00
Read The E-Paper