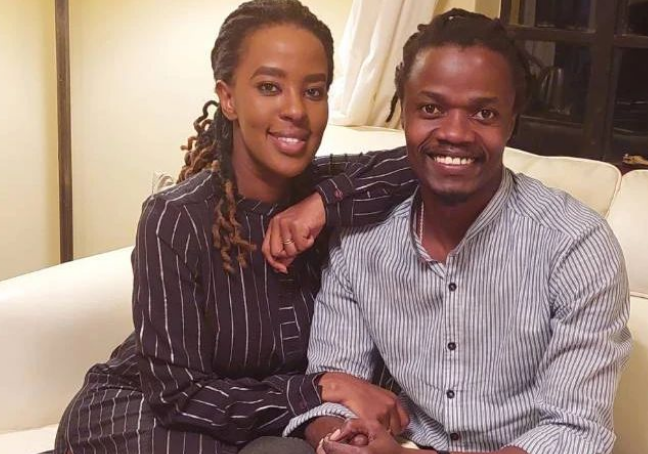 Juliani's wife Lilian Ng'ang'a will not entertain anyone who trolls her child online.

Speaking to Word Is, the mother of one said although she is immune to social media bullies, she is ready to take action when it comes to her son.

She said she will also protect her from social media until he is old enough to understand things.

"I don't get bothered by trolls, but now that I have a child, people should not attack my child in any way," she said.

"You can attack me, you can attack the father, but my child has nothing to do with the emptiness in people's lives that they want to direct their anger, bitterness or maybe questions they have about my life and my decisions [to]."

Lilian said a recent backlash about her getting a child with her husband Juliani is a sign of how people don't respect others' decisions in life.

"Juliani has done so much before I met him, so why would you disregard the things he has done for more than 15 years to only one year after he met me?" she said.

"That shows how shallow-minded people are. It is unfortunate that my choice has made people want to focus on petty issues."

Lilian urged netizens not to give a blackout to what her husband had done in the entertainment industry to focus on her personal decisions.

"The hate will not stop him from doing whatever he has been doing for all the years. He is becoming better and showing who is as a creative and so on."

Nadia: A child belongs to the mother

Juliani blew me away with his vows - Lilian

He expressed his dismay at people making fun of his current condition.
Sasa
2 months ago

I was throwing shade at trolls, says ‘broke’ Juliani

He lost two major deals over love life but needs $100m for projects not self
Sasa
2 months ago
Post a comment
WATCH: The latest videos from the Star
by ELIZABETH NGIGI Lifestyle, Entertainment Journalist
Word Is
28 September 2022 - 00:00
Read The E-Paper