Ruto requested to use 'Mkono wa Bwana' in campaigns

• His management team reached out about the song during their campaigns 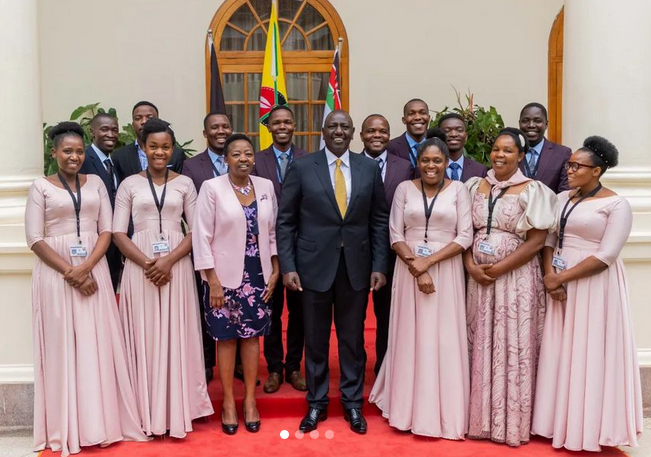 During an interview with Citizen TV, Japeth Zabron said Ruto's management team reached out to them, requesting to use their song ‘Mkono Wa Bwana’ during their campaigns.

"His management reached out, requesting to use our song during their campaigns and we agreed. That was very kind as they could have just decided to use it."

After his win, Japheth said their choir got an invite via the Government of Tanzania.

Victoria Zabron said they were lucky to have been called to entertain different leaders.

"This is a sign of God's greatness in our lives."

Victoria Zabron also spoke about their love song, saying it is dedicated to weddings.

"Most people use secular songs in weddings, we decided to do the song 'Sweety Sweety."

Zabron Singers rose to fame with their song ‘Mkono wa Bwana’ in November 2020.

The song has so far garnered more than 45 million views on YouTube.

The team wished President Ruto the best in his leadership.

"We are praying that he will be able do all what he promised to Kenyans together with his generous wife."

He is humbled to bag the gig months after also performing at Raila fiesta
Sasa
2 weeks ago
Denial of royalties pushes gospel artistes to secular
Post a comment
WATCH: The latest videos from the Star
by ELIZABETH NGIGI Lifestyle, Entertainment Journalist
Word Is
18 September 2022 - 23:00
Read The E-Paper