Obinna was afraid Jalas would take his job back 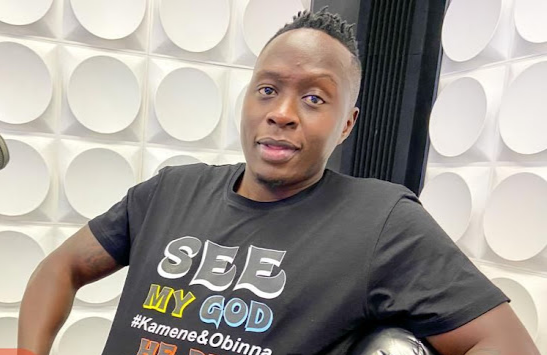 Kiss 100 presenter Oga Obinna did not sleep when rumours surfaced online that Langa'ta elected MP Jalang’o would lose the election.

Speaking in Lang'ata, Obinna said although he was convinced his friend Jalang'o would win, social media results worried him.

"I knew he would win, but you know on Tuesday, when those people were doing those things on Twitter, I couldn't even sleep, my stomach was turning," he said.

"In the morning I went to work, I was telling Kamene I don't know where to place my head."

He joked that he had a go-bag packed and ready in case Jalas came back to Kiss FM.

Obinna joined Kiss FM when Jalang'o resigned to concentrate on his political journey.

In a statement on his Facebook account, Korir thanked Lang'ata residents for the support they accorded him for the five years he served them.

"It's been a great opportunity that gave me an avenue to contribute to our nation-building and service to the people," he wrote.

Korir congratulated his opponent Jalang'o, whom he said was leading in most of the already tallied results.

"From the results that we've tallied at the Generali Centre, my competitor Jalango has a lead and I want to congratulate him as he prepares to take the mantle and move Langata forward. Siasa si chuki. God bless Langat'a."