• Willis Raburu urged voters to make a sober decision not based on tribe or fanaticism but on issues and a better tomorrow. 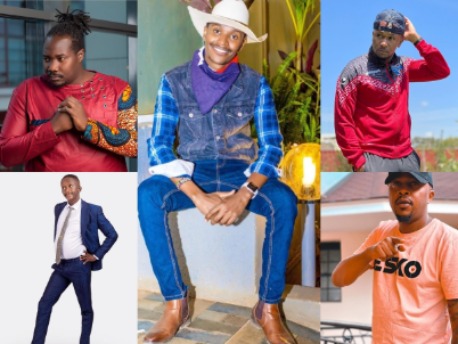 As we look forward to casting our votes in next Tuesday's General Election, Kenyan celebrities have sent their peace message to citizens.

Those who spoke to Word Is encouraged voters to exercise their democratic right in a peaceful way.

Popular DJ Mo said people should vote wisely and not for the hype.

"Kenyans should remember that after elections, we will remain to be Kenyans. Don’t engage yourself in fights for someone who doesn’t care about you. Vote for the ones you believe can bring change."

Comedian Njugush spoke about the character of politicians.

"Just as every other thing does, but what’s always going to be a constant is that we are Kenyans and Together we Stand."

"Let’s all exercise the democratic right wisely and with a lot of calmness," he said.

"I would like to remind my fellow Kenyans that no matter our political affiliation, your neighbour remains your closest help in times of need, hence it is good to maintain peace."

Samidoh urged Kenyans not to be divided by political parties.

"It is good to keep in mind that these leaders are friends and will keep it that way no matter which party they are in since they understand it’s all about which party has their best interest," he said.

Media personality Willis Raburu urged voters to make a sober decision not based on tribe or fanaticism but on issues and a better tomorrow. "Remember whoever you put in and on any level will be your custodian for five years. Make the right decision," he said.

Raburu said commenting on the political rhetoric between President Uhuru Kenyatta and his Deputy William Ruto sets a dangerous precedent. He encouraged the two leaders to steer clear from anything that can stoke emotions in this already high-stakes election.

"Not all Kenyans are able to distinguish between rhetoric and sift through the murky waters of political barbs," he said.

"The negative effect is that it draws our attention away from the real issues of alleviating poverty, enhancing healthcare and making life better for Kenyans."

Stop talking about me, I don't need your help - Kalonzo slams Ruto

Kalonzo said he has not engaged Ruto as his advocate.
News
2 weeks ago

Raila said that Kenya was now ripe for a revolution that would transform the country economically.
News
2 weeks ago
WATCH: The latest videos from the Star
by ELIZABETH NGIGI Lifestyle, Entertainment Journalist
Word Is
02 August 2022 - 00:05