Country Queen will start streaming on July 15 on Netflix

• The series focuses on the issues of land grabbing and exploitation 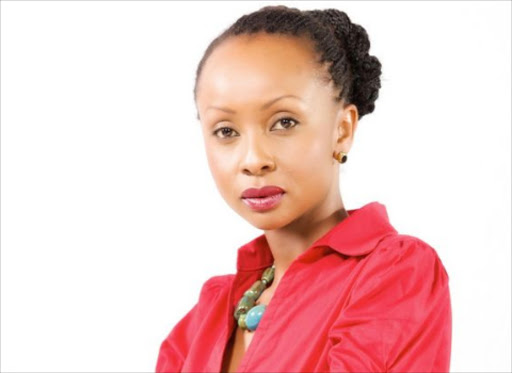 'Country Queen', a family drama series, is coming out soon.

The series tells the story of ordinary Kenyans fighting against a corporate power that threatens to destroy their homes and lives.

The series focuses on the issues of land grabbing and exploitation, and how these factors impact the lives and relationships of the main characters, their families and communities.

Filmed in Nairobi, Machakos and Murang’a counties, 'Country Queen' stars Melissa Kiplagat as Akisa, a woman from a sleepy village who now leads a comfortable but complicated life in the city.

Her dark past and complex relationship with the powerful and ruthless Sibala family sets in motion a string of events with rippling consequences.

Directed by Vincent Mbaya, Tosh Gitonga and Brian Munene, the series also stars Melvin Alusa, Blessing Lung’aho and Nini Wacera in a thrilling tale that shows what happens when the past and present collide.

Speaking on the release of Country Queen, the producers said that producing Country Queen was also a particularly thrilling experience.

"The series gives a unique and dynamic perspective to Kenya and East Africa, showcasing a very unique combination of characters, cultures and perspectives from the region."

Other themes tackled include: rural-urban conflict, inter-family relationships, betrayal, love and commitment, as well as the intersection of tradition, leadership, culture and capitalism.

The new series will start streaming on July 15 on Netflix.

He said his fans have increased globally
Sasa
5 months ago

It shows Africa is not all about poverty and misery, as often portrayed
News
5 months ago
Post a comment
WATCH: The latest videos from the Star
by ELIZABETH NGIGI Lifestyle, Entertainment Journalist
Word Is
06 July 2022 - 00:00
Read The E-Paper