• He said that after eating that bat, he developed weird side effects 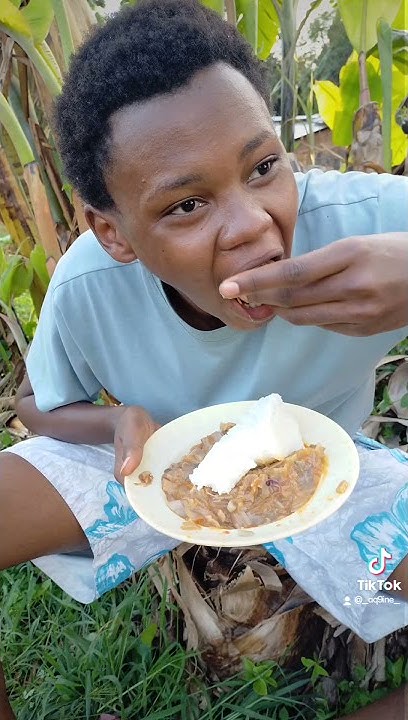 A video of him eating the bat went viral a few weeks ago.

Aq9ine alias the King of Muguka is known for cooking ugali using various soda brands and then adding Muguka leaves for taste.

Speaking in an interview with Presenter Ali, the TikToker said he ate the bat after being dared by his fans.

After eating that bat, the blogger said he developed "weird side effects". which hadn't happened to him before.

"I was born to risk and I was sure bat meat could not harm me," he said.

"Unfortunately, it came with effects. After four days, my voice broke and I had a severe flu. I don't believe it's Covid-19. People eat bats in Africa," he said.

He said he took medicine but it didn't help and instead the situation got worse. He opted to smoke bhang.

"My medicine is marijuana and that is what I used. After two days, my voice broke and had some sore throat but after smoking weed for two days, things changed."

He said he will continue smoking bhang until he fully recovers.

Asked if he has had stomach issues before, he said avocado, boiled eggs, and pepper gave him a running stomach for three days.

"I will not stop creating content since it's how I make money. I research before I do any video," he said.

"I will quit after I get serious health issues or even get admitted to  hospital. Eating a bat or mole was not that serious," he added.

He said his fans should wait for his next cuisine, which will include an instructional video on how to cook a snake.

"I don't want to die but entertain my fans. Expect what you don't expect but there are so many ideas," he said.

Aq9ine is an engineer by profession and currently doing plumbing jobs in Meru county.