Musician was given the Range Rovers to advertise them but has misused them.

• Harmonize has been showing off a fleet of Range Rovers he acquired for Fridah Kajala, to woo her back in May this year.

• But a car dealership owner who spoke to actor/ comedian Mr Pimbi said the three Range Rovers were borrowed. 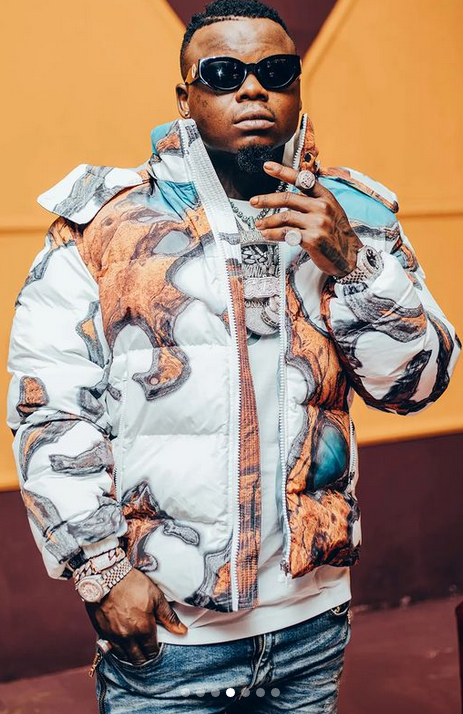 Tanzanian musician Harmonize lied to the online fans that he had acquired expensive cars for his now fiancée, Fridah Kajala.

Harmonize has also been showing off a fleet of Range Rovers he acquired for Fridah Kajala to woo her back in May this year.

A car dealership owner who spoke to actor/comedian Mr Pimbi said the three Range Rovers — two white and a black one — were borrowed.

Athman said Harmonize was given the Range Rovers to advertise them but has misused them.

Mr Pimbi added that Harmonize only owns a Toyota V8.

"Those cars are not his. It’s not a secret to insiders, we know. Only you guys are fooled," he said.

"He was given the cars to impress that woman – Kajala. He was made to sign a deal to promote the Range Rovers".

Harmonize had told his fans he chose the Range Rover since it is Kajala's dream car. He added that he bought the car to apologise to his ex, not to bribe her.

"It cannot be a reason enough for you to get back to me. This only goes to show how remorseful I am. All I am asking is for forgiveness from you."

It is also alleged that he and Kajala started living together early this year contrary to what the two have been sharing online.

Actress Kajala says ‘I do’ to singer Harmonize

She forgave him for past hurt and promised to love him forever
Sasa
1 month ago
by ELIZABETH NGIGI Lifestyle, Entertainment Journalist
Word Is
04 July 2022 - 15:00
Read The E-Paper