Bahati says Diana walked out of their relationship three times 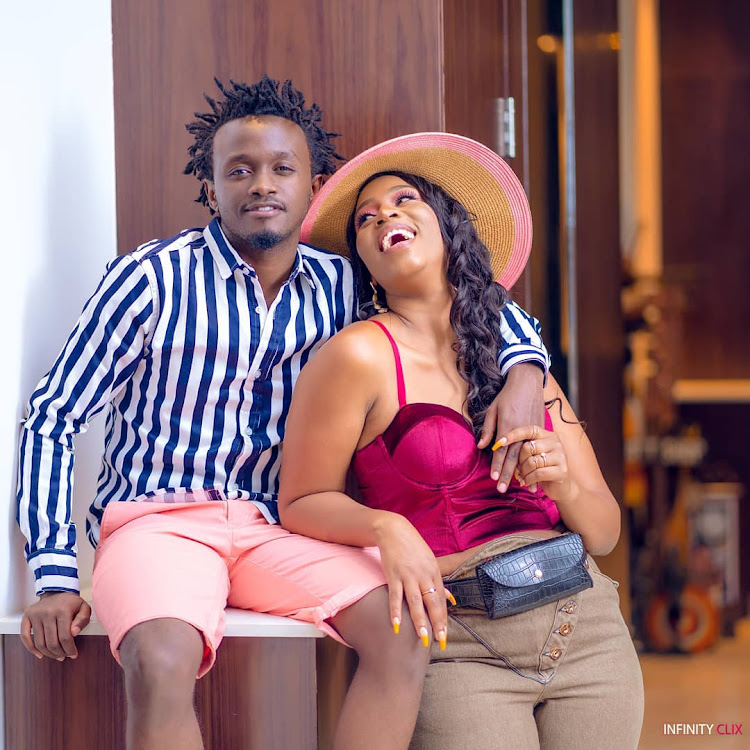 Diana Marua ran away three times during her first year with her husband Bahati.

Speaking to Mseto East Africa, Bahati said Diana would run away with her firstborn after being provoked.

"The first year was tough. She would move out when we disagreed, it was one of the toughest," he said.

"You had to go for her at her home, you start at zero again. She walked out two or three times. Stabilising a relationship takes time."

He said that was the main reason he did not commit enough time to his family.

"I found it difficult to balance my music career and family. She also had a newborn," he said.

"She has never caught me cheating, one of my phones does not even have a password, the other she knows the password," he said.

Bahati also spoke about his wife launching her music career. He said he had never thought she would one day want to go to the studio.

"I loved her confidence and flow and she is also a fast learner. She masters things very fast."

A while ago, Bahati said he was warned that going into politics could cost him his family.

"This thing about politics and campaigning, you leave the house at 4am and come back at 2am, you may end up losing your wife," he said.

Bahati said Diana has since adapted to his busy schedule and supports his dream.

"She is the best mum my kids would ever ask for. She has been praying for me and encouraging me all the time."