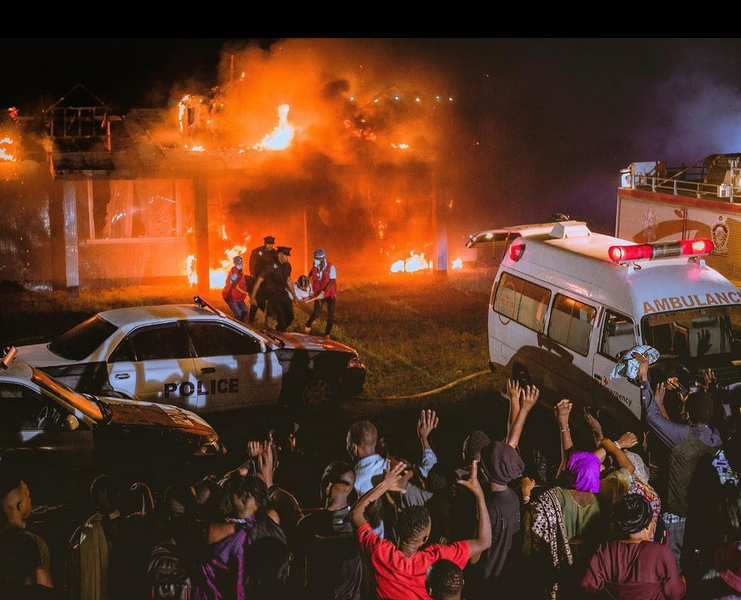 Scene from Rayvanny's new song 'I miss you'
Image: COURTESY

Singer Rayvanny has caused an uproar on social media after revealing he intentionally set his newly built house on fire.

The singer said he was building the expensive house for the sole purpose of a scene in his new song 'I miss you’, featuring Zuchu.

At the end of the video, Rayvanny burns down his home, but we don't get to see if he leaves the house in time or if he is still inside.

"It was my dream to make everything as real as possible during the video shoot," he wrote.

Rayvanny said it was not an easy project.

"I have spent three months shooting my latest video. It was not easy and I don't believe there is any artiste who has ever spent the amount of money I spent on my new project."

He added that his team doubted he would go to that extreme.

"I said I will build a house and then set it on fire and my team thought I was crazy. But we did and we burnt it down, all of it to make the video shoot look real."

Some stories are best told through photos
Post a comment
WATCH: The latest videos from the Star
by ELIZABETH NGIGI Lifestyle, Entertainment Journalist
Word Is
02 June 2022 - 00:00
Read The E-Paper