She manages it using the birth control method 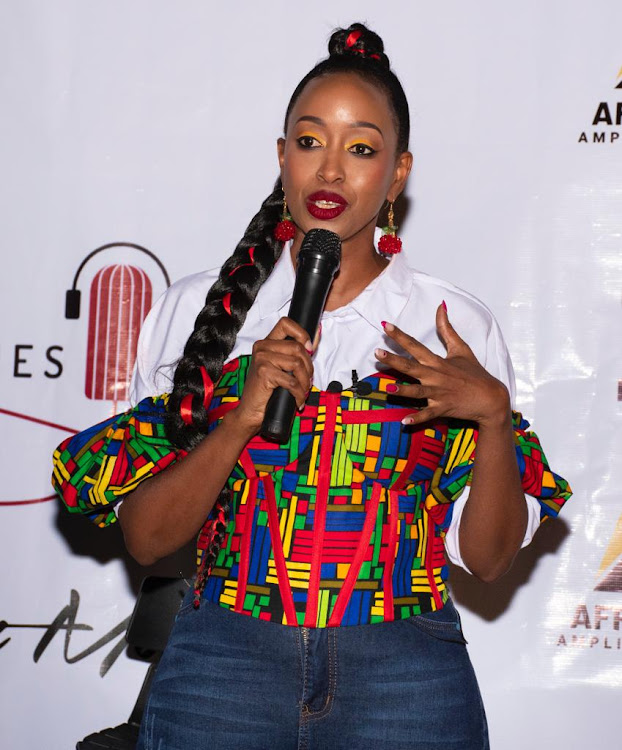 Janet Mbugua speaking during the launch of her Podcast on Wednesday
Image: Elizabeth Ngigi

Speaking to Word Is during the launch of her podcast on Wednesday,  Janet said she was 10 years old.

"I was traumatised as I had never heard about periods," she said.

"My mum was shocked since I was very young since my older sister started hers when she was 13 years."

Janet said waking up to blood on her bed made her think she was going to die or she was probably sick.

"I started screaming. My mum told me to take a shower and showed me how to put pads on a panty and told me to try and walk with them to school but don't let boys touch me."

Janet said the trauma never left as she was later diagnosed with endometriosis.

"This made me passionate about menstrual health," she said.

Later in life, she registered a foundation, Inua Dada, after the 'Period of Shame' story was highlighted by Loulou Hassan and Judy Kosgei on Citizen TV.

"Periods have followed me my whole life and this made me get to a point where people can share their period stories," she said.

Janet said her worst experience with periods was after she was diagnosed with endometriosis as it was excruciatingly painful.

"Some have extreme stories and in my case, it was not different as at some point, I had to take bed rest."

Janet has lived with the condition for more than 15 years. She manages it using the birth control method.

"That's my medicine and that is how I bring down the bleeding and balance the hormones," she said.

"Janet's podcast brings together more than 50 voices. Every story has a gap, a solution or progress."

Janet Mbugua’s bro: I was a suicidal junkie

She believes it will reach a wider audience than her book
Sasa
1 month ago
by ELIZABETH NGIGI Lifestyle, Entertainment Journalist
Word Is
27 May 2022 - 00:00