Stivo Simple Boy missed a chance to work with Harmonize

Bongo star was drawn by his creative phrase 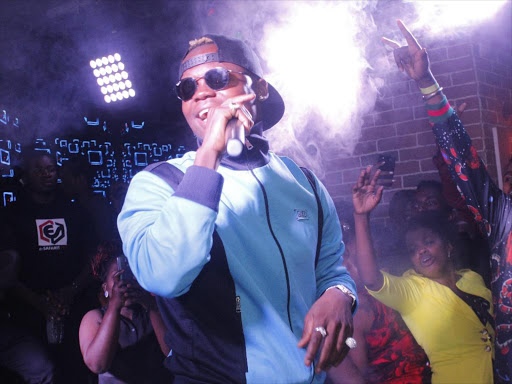 This was after he became an Internet sensation for his 'Inauma but itabidi uzoee' phrase.

Stivo told Word Is Harmonize reached out after but they did not get to work together, something Stivo regrets.

"When Harmonize recently came to Kenya, I went to the Captain's Lounge, where Harmonize was set to perform," he said.

"Despite me not having any plans to perform, my fans demanded for a performance. I brought the house down, shocking Harmonize in the process."

However, Stivo says the drama that ensued when Harmonize's refused to perform made things hard for him to have a chat with the Bongo star.

He is hopeful he will get a collabo soon.