Why women are attracted to Frankie Kiarie

They like how he carried himself with confidence, he says

• Frankie has children from short-lived relationships with two different women 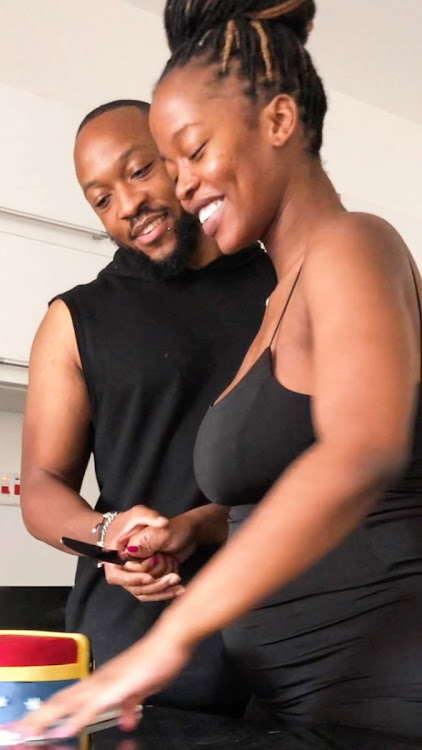 Frankie Kiarie says women are attracted to him since he is confident in how he carries himself.

He recently broke up with his second baby mama Corazon Kwamboka   months after welcoming their second child and six months after he engaged Corazon.

Speaking to Word Is, Frankie said he was not aware he was single. "Who said I'm single? I am in a relationship with God," he said.

On how he attracts women, Frankie said, "I am different and that attracts people to me.

"I still have a relationship with Corazon, no one walked out. I talk to her quite often and she is doing very well."

Corazon announced she had broken up with her baby daddy Frankie with a black rose on Instagram. "I am single. I choose me. Life goes on."

Corazon later praised her baby daddy Frankie for being a present dad one week after their breakup.

"Us mums can't even be able to take such breaks if we didn't have dads willing to step up no matter the situation. Frankie Kiarie, I appreciate you."

Corazon and Frankie have a son and a daughter together. Frankie has two other sons with Maureen Waititu. The two broke up a few years ago.

Corazon: Frankie is a present dad

She appreciated he is willing to 'step up' no matter the situation
Sasa
2 months ago
Woman who 'married' holy spirit found dead in forest
by ELIZABETH NGIGI Lifestyle, Entertainment Journalist
Word Is
05 May 2022 - 00:00