Njugush son excited about getting a sibling 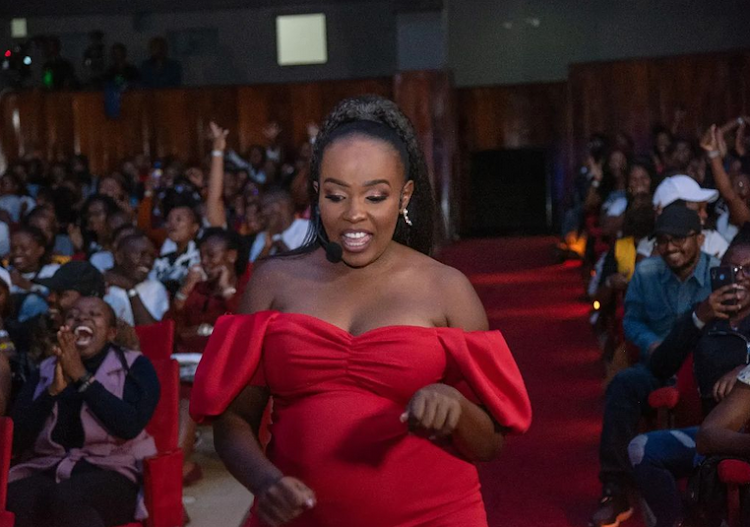 Comedian Njugusha and his wife Celestine Ndinda are expecting their second child.

Speaking to SPM Buzz, Celestine said she is excited about the new addition.

"My son Tugi is more excited as he always said he wanted a sibling for some time now, and he even prayed about it," she said.

"We have had to hold his mouth every time someone visits since he wanted to tell everyone about it.

"He has told the school driver, teachers and fellow students about it."

During the interview, Wakavinye spoke about their friendship with Abel Mutua's family and Philip Karanja.

Celestine met them through her husband Njugush, and they have maintained their friendship henceforth.

"When I first met them, I was a bit scared because I was in college, Judy was a mother and she was a working-class woman," she said.

"When I asked her to be my best couple, we had only been friends for a few months. She took me to a gown shop to choose my gown. I told her I couldn't afford it and she paid for the gown."

Celestine added that Judy did not want her to refund the cash.

"Abel has played a huge role in Njugush and I getting married," she said.

"We were young and at the time we did not know why we were getting married.

"He advised Njugush to settle down before he blew up and girls started throwing themselves at him."