• The play revolves around hypocrisy, corruption of religion, capitalism and politics 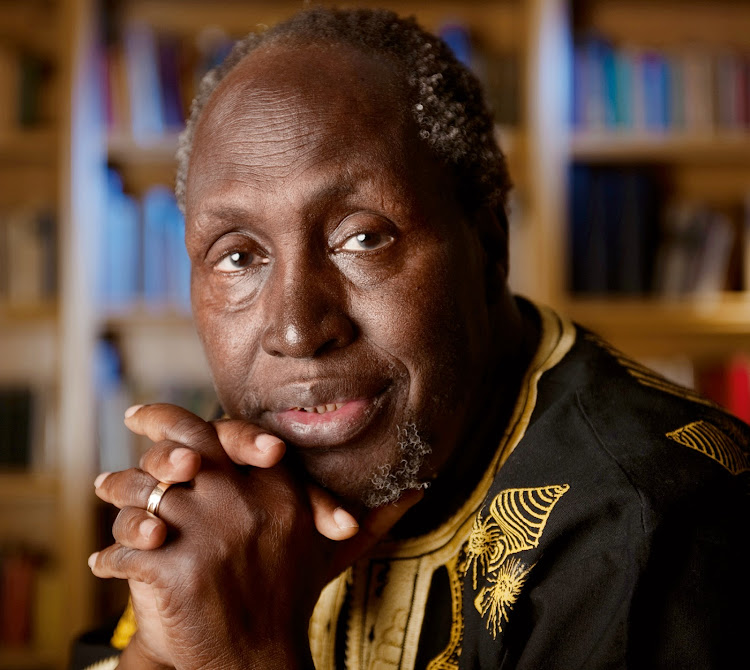 Celebrated writer and scholar Ngũgĩ wa Thiong'o’s controversial play ‘I Will Marry When I Want (Ngaahika Ndeenda)’ is set to make a comeback to the Kenyan theatres more than 30 years after it was banned.

The play is set to be staged in both Kikuyu and English from May 12 to May 29 at the Kenya National Theatre.

Some of the prominent themes in the play are hypocrisy, corruption of religion, capitalism and politics.

Nairobi Performing Arts studio director Nash Stuart told Word Is the play will mark the first time to be staged in English.

It will be starring Kenyan thespians like Martin Githinji, Angel Waruinge, Nice Githinji and Annestella.

"I am very excited to be directing a play by an iconic Kenyan writer," he said.

"This one has such a unique place in Kenya’s history and has not been done for more than 30 years. It is also the first-ever production at the Kenya National Theatre."

"I want to start by congratulating you, the artistes and performers of Nairobi Performing Arts studio for reviving or redoing the play," he said.

"'I will marry when I want' became famous in the whole world but unfortunately, it was stopped by the Kenyan government on November 11, 1977."

Ngũgĩ recounted how a month later, he was put in detention in Kamiti Maximum Security Prison, where he spent a year.

He then wished them well and hoped that Kenyans will enjoy the play.

"I want to thank you very much for doing this and I hope you enjoy performing it and the audience as well. I bless you for that."

The play was banned after just six weeks of stage plays, following what was termed portrayal of post-colonial struggles.

Journalists can change the world
by ELIZABETH NGIGI Lifestyle, Entertainment Journalist
Word Is
03 May 2022 - 00:05