• Attendees of the event got angry and decided to kick out the two entertainers from the venue. 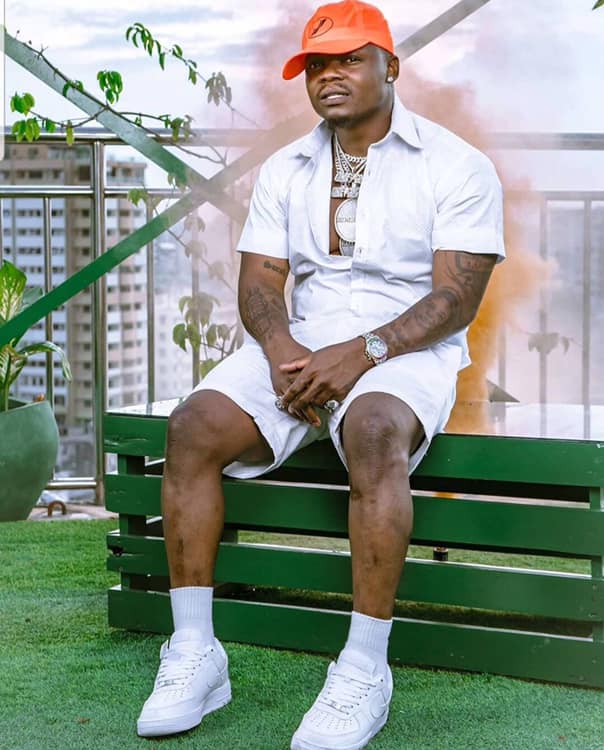 Comedian Eric Omondi has defended Harmonize's two-minute performance at a club on Friday.

Speaking to the media during the Africa Moja concert, Eric said Harmonize was only expected to appear but not to perform.

"There is a difference between a concert and/event. Kenyans must understand that it was a club appearance," he said.

Furious attendees kicked the two entertainers out of the venue.

A few minutes later, anti-riot police were called in to restore calm as the partygoers demanded value for their money.

"Harmonize was supposed to just chill, he was not supposed to perform," Omondi said on Saturday.

"Harmonize was coming to perform at KICC, Kenyans should understand. You can even pay Sh1 million, you know what a club appearance is.

"People demanded that Harmonize should perform, so he sang some songs."

The comedian said the crowd charged toward Harmonize and his car was stoned.

"I had to stay there for long. Police had to be there because people were waiting for me outside."

He said Wasafi cannot hold similar artistes all the years
Sasa
3 weeks ago
“WATCH: The latest videos from the Star”
by ELIZABETH NGIGI Lifestyle, Entertainment Journalist
Word Is
02 May 2022 - 00:01