• Nameless always wonders and questions God about the life-saving gesture 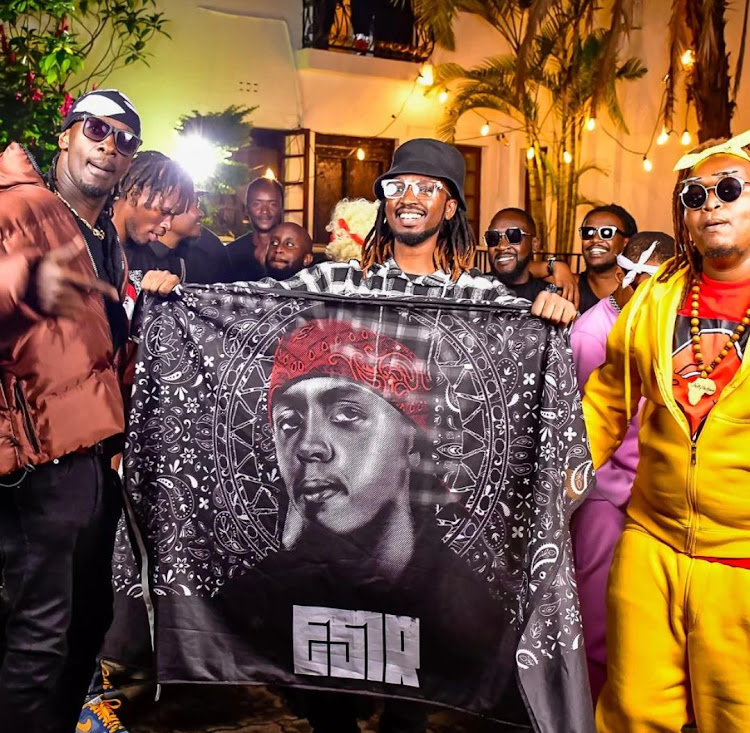 Singer David Mathenge, alias Nameless, says the late E-Sir saved him from the jaws of death.

During the launch of Pride ya Kenya, the father of two said before the accident that claimed E-Sir's life happened, he told Nameless to change seats.

"My brother E-Sir, I always feel like I have a bro. The story behind his death is he moved me from the two seats, where I would have died," he said.

"He was the one who moved me without even knowing he was telling me, 'No, let's sit here.' I always feel like I have an obligation and a purpose to keep telling and I always ask myself why did God do that."

Nameless encouraged young artistes to emulate E-Sir as he was very hard working and very humble.

"Humble means you are open to hear other things, you don't feel like you know everything and that's what made him grow so fast because he'd learn very fast," he said.

"That's something I always like to teach the young artistes."

Nameless shared how he deals with being self-employed, adding that he gets disoriented sometimes, not knowing what time it is since he was used to waking up at 4am and planning his day based on that.

He has not been employed for more than 20 years.

Post a comment
WATCH: The latest videos from the Star
by ELIZABETH NGIGI Lifestyle, Entertainment Journalist
Word Is
18 February 2022 - 00:00
Read The E-Paper