Konshens was ‘too busy’ for Khaligraph collabo 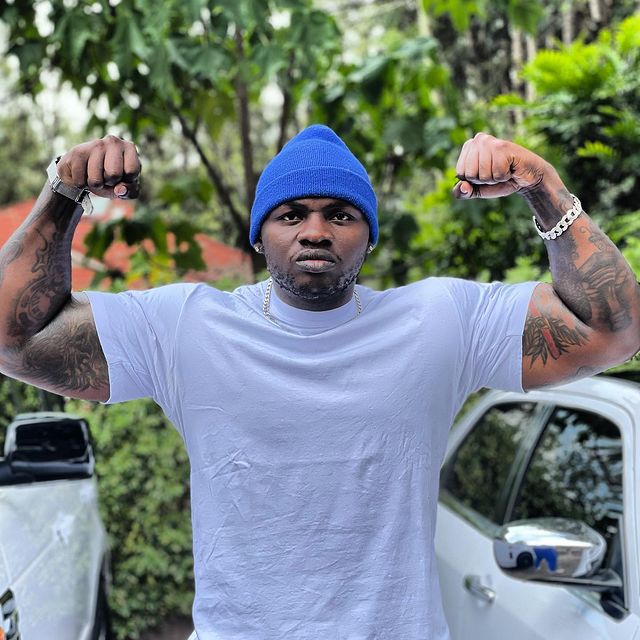 Rapper Khaligraph Jones asked to work with Jamaican artiste Konshens but he was too busy for him.

A fan has asked Khaligraph why he didn't 'ask' for a collabo with the 'Gal a bubble' hitmaker, and he wasn't impressed by the question.

He ended up throwing Mulamwah under the bus with his response.

"I ask for a collaboration? Omollo? It seems you don't know me. But I heard he has a song with Mulamwah, which will be dropping soon."

Speaking to Word Is, the OG said he hit up Konshens during a media interview they were invited to together.

"I can work with him but the thing is, I hit him up and asked if we could work on something. Kidogo, I saw he was everywhere, mpaka Gikomba," he said.

"He was taken all over and his 'status' was reduced. He was so busy and so since I don't force things, I let it pass. I have met big artistes and even worked with them. If the vibe is not working, then no need to force issues. I can't beg for a collaboration. I only pray to God."

He added that they talked about music during the interview.

"And of course, he knew about me. I am the real deal. This is something you all know that when an international artiste comes to Kenya, the first music they are played for is my songs. From there, others can be played, so he knew me."

Khaligraph also said he is releasing an album this month. "It's a big thing and all my fans will respect the OG kama kawaida," he said.

"It gets to a point in your career, you don't need to explain your content. You work hard and leave fans to experience the feeling. It has 18 songs and all my fans should wait and marinate about it."

Before the conversation, OG called out all other artistes to respect him.

"I am a father of many in the industry. Everyone is under me, including this Sauti Sol singer Bien, he is always down. He runs away when he sees me.

"Media outlets try to compare me with some artistes but none is bigger than me. I look at those comparisons and I laugh since you all know who the OG is."