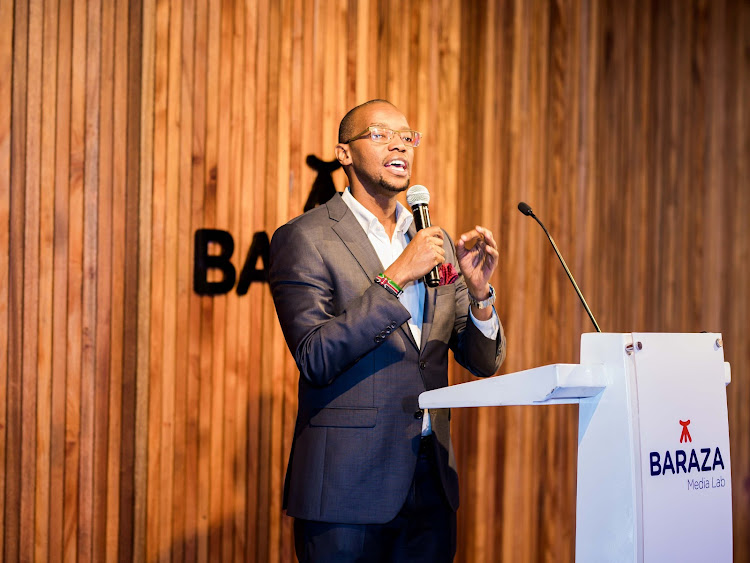 Citizen TV journalist Waihiga Mwaura was once asked for a Sh200 bribe to get a job.

The news anchor shared his experience at Machakos University.

He said this happened after college when he was looking for an internship.

"When we got there we were about 200 of us. We had already been given the job but there was only one condition. It was a must for your health to be okay. We were asked to do a blood test, a medical test involving stool and a urine test," he narrated.

Waihiga said as they were talking about how to get the tests done, someone came and told them that if they gave out Sh200, he would allow them all to bypass the tests.

Everyone else gave out the money except him, even though he Sh400 in his pocket.

"In the same group, someone volunteered to collect the money and when he got to me, I refused," he said.

"Something told me that if I start giving out bribes now, I will never flourish."

He then went to town, walked into a hotel, took breakfast and collected the samples.

When he got back to the hospital, everyone else had already been given the job. He walked into the doctor's office to give back the samples.

"I have never forgotten this, 15 years ago. I told him, 'doctor, these are my medical samples'. And he laughed. Later on, I found out that he had said the person who refused to give out the money will get the job. But the moment I stepped in there, he was so surprised that out of 200 believers, one was able to stand for God."

One user said he was warned that "if I don't pay, they will come for my kidney".
News
5 months ago

He coined title 'Spirit vs Soul' and wrote the intro
Sasa
1 year ago
by ELIZABETH NGIGI Lifestyle, Entertainment Journalist
Word Is
03 December 2021 - 00:00