Ivan was obsessive and almost killed me — Zari

He beat her after someone looked at her in a club

• The father of her three sons was physically violent and verbally abusive, she says 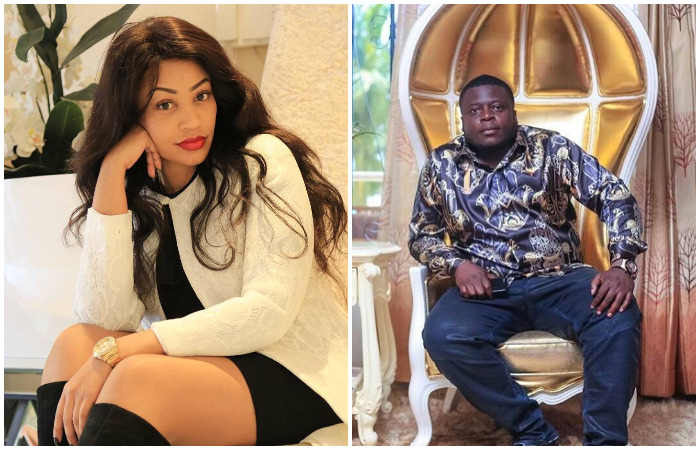 Businesswoman Zari Hassan's first husband, the late Ivan Ssemwanga, was an abusive man and almost killed her, she says.

Speaking in an interview with Toke Makinwa on the Youtube channel 'The Hassans', Zari Hassan said the father of her three sons was physically violent and verbally abusive.

"Abuse starts with a word, it can start with verbal abuse. Something that diminishes you as a person. Sometimes it gets very physical and very violent," she said.

"It reached a point where the kids would hear me and him (Ivan) screaming in the bedroom. It got to a point where my son asked me why he kept doing that (abusing me).

"It hurt me so badly. It was like a sword had been pierced through my heart."

Zari said her husband was also obsessive and the first time he abused her, she was months pregnant.

"He would find people sitting at the next table and he would react badly," she said.

"It was not the money that changed him. It was something that was in him.

"He once hit me so badly in a club because someone looked at me. I was never allowed to look at other people. That night he beat me so bad that he almost suffocated me."

Zari said she tried covering up for him until she could not do so anymore.

"I lied to my kids that we were just speaking. My son asked me for how long I would tolerate the abuse. It had reached a point where he felt nobody would have me if it wasn't him," she said.

Her friends told her to hold on there as abuse was normal in marriages, but she left.

"At the time my son was nine years old. I started isolating myself because I felt I was not good enough," she said.

"He was almost killing me. When I left he thought I would fail and come back. We had rentals so I gave the tenant notice and moved into the house."

Before she officially left, her family had tried to help her but she kept going back.

"At some point, they were like 'We are not going to interfere because he beats you and you keep going back'.

"At some point, they used to neglect me but they were like, she is going through so much. But when I decided to leave, they were like, 'You need to want it for yourself.' My parents started getting concerned. Some days I was sure of myself, other days I wasn't."

Zari forgave him and visited him in the hospital before he died.

Why Wa Migwi is like a mother to domestic abuse survivors
by ELIZABETH NGIGI Lifestyle, Entertainment Journalist
Word Is
25 November 2021 - 23:05