He said he will tackle insecurity, poverty and rampant unemployment

• He will be running under the Amani National Council party ticket. 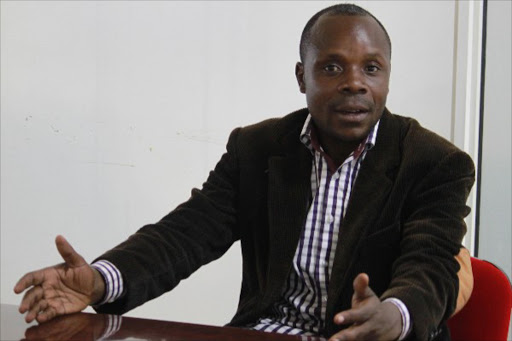 He will be running under the Amani National Council party ticket.

Speaking to Word Is, he said he will "tackle insecurity, poverty and rampant unemployment in his bid to also support the party's presidential candidate Musalia Mudavadi".

Ignatius says he opted for Highrise since he has all the necessary credentials for that leadership role.

"I was raised in Highrise, so I know firsthand the challenges facing the slum dwellers."

Ignatius ran the countrywide Miss Cultural Heritage, a beauty pageant that did not have restrictions on height and weight. All you needed to join the pageant was grit, brawn and a love for your cultural heritage.

Ignatius joins media personality Jalang'o, who is vying for an MP seat in Langata.

"So I have decided to bring the dream back here in Nairobi, back to county number 047. Not head to head with Sonko because Sonko is my guy. That’s suicidal, ask Kidero, he can tell you," Jalang'o said.

"I want to come back and take Langata, MP Langata. ODM has never been lost in Langata for over three decades. I want to go back and bring the pride of Baba in Langata."

Jalang'o said he chose to join politics because it's a good chance to better people's lives.