He survives through through commercials, which pay well 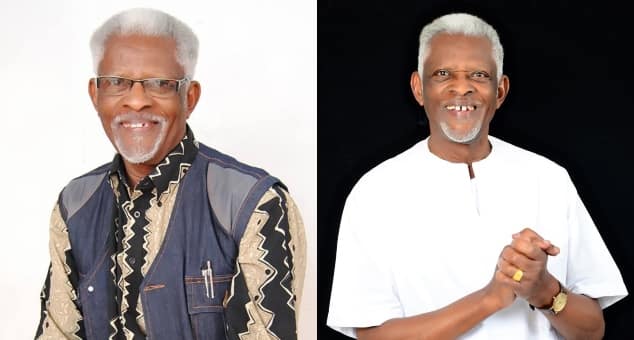 Veteran actor Mzee Kobe, whose real name is Joseph Gachanja, says acting cannot be a job to fully rely on in Kenya.

Speaking to Hiram Maina on YouTube, the 82-year-old actor said the entity responsible for royalty collections has slept on their jobs. He was referring to the Performers' Rights Society of Kenya, better known as Prisk.

Prisk and other royalty collectors have previously denied wrongdoing.

Kamp, Prisk and MCSK say they are an honest group in need of support
Sasa
4 months ago

Mzee Kobe, known for the Machachari TV show, is one of the oldest personalities in the industry and has even won several awards, including the Kalasha awards, where he was voted best lead actor.

"I started acting in 1971 after I met the director of the Kenya National Theatre drama school. I looked for him and he auditioned me for the government inspector," he recounted.

Mzee Kobe said that during those days, acting was a hobby.

"I would go for rehearsal after work. I didn't get anything and I didn't expect to get anything. I did some modelling commercials and that was what was paying," he said.

Among the local shows he has featured in are 'Monica', 'Zora' and 'Machachari' for 10 years.

"Machachari brought in some money but there were months I would go without a coin," he said.

Asked to explain about the payments, he said some media houses pay well but some will pay you peanuts.

"You cannot rely on the payment. It is very poor. The organisation monitoring what you earn has slept. They should monitor and pay actors what they have earned."

He added that most actors don't complain since they do it out of passion.

"I am not content with what I have gotten from acting. For me, I survive through commercials. They pay well and that is how we live," he said.

"Most actors take life very casually and even when they are mistreated, we only complain about it via social media. We should instead go to those who monitor our royalties."

He urged actors to speak up on the mistreatments.

"I gave up on speaking out. People need to leave their comfort zones and walk to that organisation and demand to be told why they are not collecting royalties for us," he said.

Speaking about his young looks, Mzee Kobe said he takes life easily and does not stress himself or overindulge.

"I don't take alcohol and I don't smoke. I also exercise. It's God and you top it up with discipline."

Mzee Kobe has a wife with six children and 15 grandchildren.

I was paid a salary of 40 bob —Mama Kayai

It was a lot of money back then, she says; Sh35 went to her mother

I got Sh700 for first show, says Olexander

He is under the strain of 100k rent dues, two wives and five kids