He spurned offers from SA, Spain, London and New York for own outfit 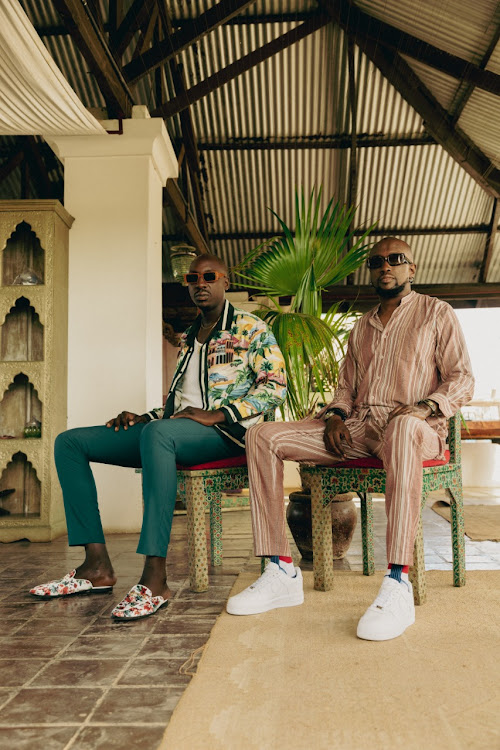 Sauti Sol's Bien on Friday signed to Sol Generation for Sh50 million in a three-year deal.

The three-year deal will see him record and release his solo music and albums under the Sol Generations outfit.

Speaking to Word Is, Bien said while Sauti Sol has a deal with Universal Music Group (UMG), he is not bound by it.

"What this deal means is that Sauti Sol is signed to Universal and Sol Generation is a label in which Sauti Sol is a director," he said.

"Bien as an individual was not signed to any entity. I got offers from South Africa, Spain, London and New York.

"I figured that it would not be proper to ask other artistes to join Sol Generation if I’m not willing to put myself on the table.

"When I sign to Sol Generation, the value of the label goes up because of the pedigree of artiste I am and the number of years I have put behind my craft."

Bien also said he would now get to know what kind of support artistes at Sol Generation need since he is part of them.

"There is a big announcement we are about to make. I can’t say the date here but in December, we have the Midnight Train experience coming up and it will be the first time we will be playing the album on Kenyan soil. We are looking forward to that."

Speaking on the future of Sauti Sol, Bien said they are working on signing a female artiste early next year.

"We have done our due diligence and she is very hardworking. She has talent beyond measure. We will sign more in future."

Post a comment
WATCH: The latest videos from the Star
by ELIZABETH NGIGI Lifestyle, Entertainment Journalist
Word Is
08 November 2021 - 00:00
Read The E-Paper