• The couple met via Snapchat, where Jamal was attracted by Ahlam's pics and videos 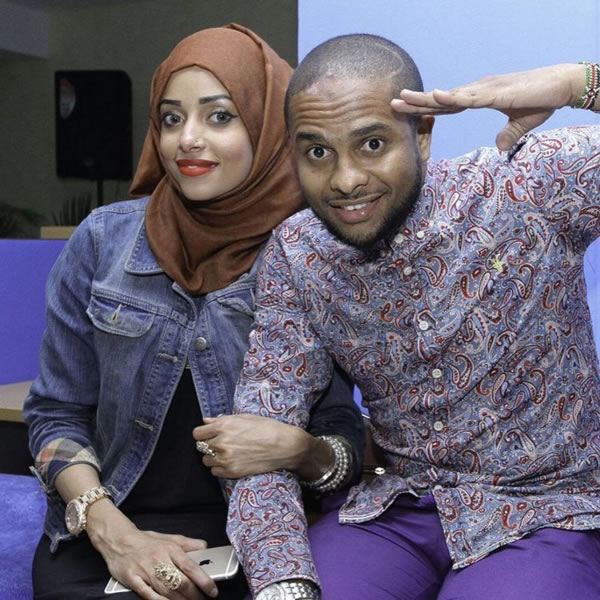 KTN presenter Jamal Gaddafi has announced the birth of his third child on Tuesday.

Gaddafi, who hosts the show 'Mzuqa', shared a post on his Instagram page, saying his son would be named King Emaad.

"I am delighted to announce that our miracle arrived well and in good health," he wrote.

Gaddafi and his wife Ahlam Faysal got a girl two years ago, whom she named Mayra Jamal. His first son is called Prince Eyaad and was born in 2016.

The couple met via Snapchat, where Jamal was attracted by Ahlam's photos and videos.

They later accidentally met at Jamia Mosque. "I noticed how she was beautiful and commented on her pictures and also messaged her. She ignored me, though," he recounted.