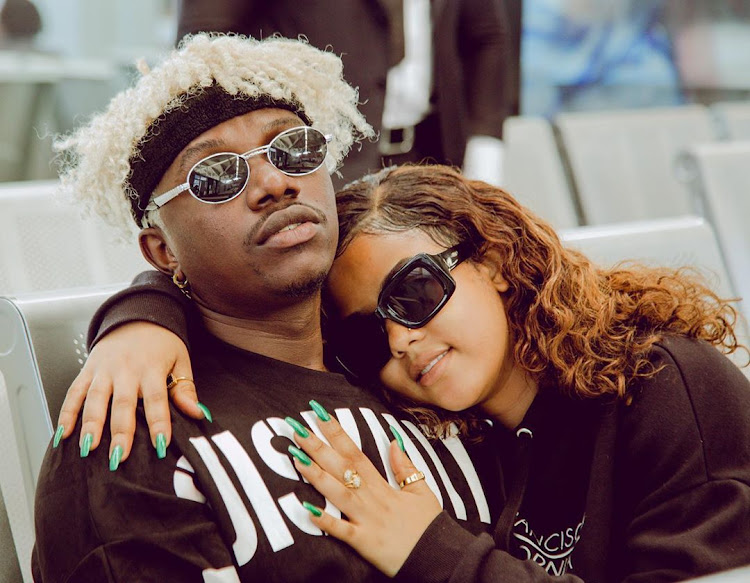 Rayvanny's baby mama Fahima did not cheat on the artiste.

Speaking during an interview with Wasafi TV, the mother of one said she was faithful.

"I don't understand why people say that I cheated on him. By the end of the day it is him and I who know the truth. If there is someone I have cheated on him with let him come forward."

Rayvanny accused his baby mama, whom he dated for seven years, of cheating on him.

He has since moved on with Paulah Kajala.

Fahima said God plans everything so she cannot interfere with Rayvanny's new relationship.

"I respect his decision," she said.

Fahima said she and Rayvanny talk as they co-parent their son.

"Most of the time my son is with his dad more than he is with me. When you have a child with someone, you will talk whether you want to or not," she said.

Fahima said she is praying to get into a relationship that will lead to marriage in a couple of weeks.

"I go on my knees and pray to get married."

Rayvanny's baby mama to get married by end year

She's not in a relationship but she's praying.
Sasa
1 month ago

Fahima questioned God when she is going to get married
Sasa
6 months ago
by ELIZABETH NGIGI Lifestyle, Entertainment Journalist
Word Is
25 October 2021 - 04:00