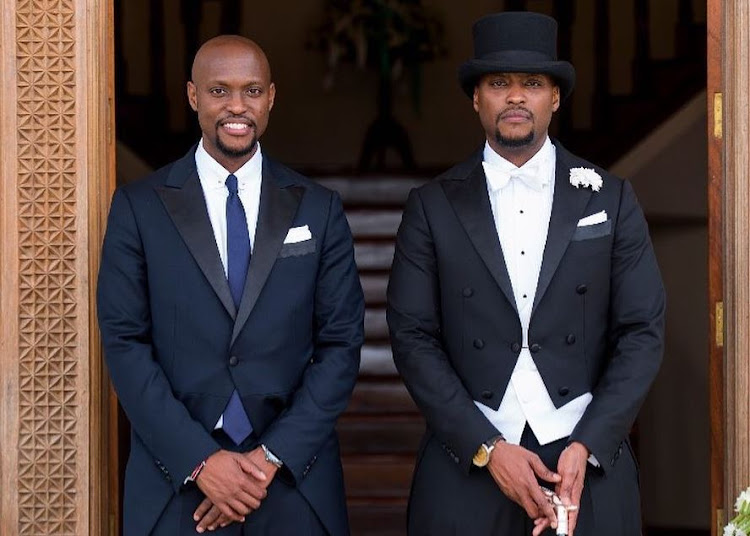 Singer Wahu has told off the Ndichu brother for justifying a mistake.

Twin brothers Eddie and Paul Ndichu were captured in a video that has gone viral allegedly confronting women at a city hotel.

However, Wapi Pay, a company co-founded by the twins, released a statement saying they were attempting "to neutralize a confrontation".

Wahu posted, "It is evident that you're oblivious of the contradictions in your statement!

"You insinuate that neither you nor your co-founders Eddie and Paul Ndichu tolerate gender-based violence, yet the footage indicates otherwise."

The mother of two said the statement was a poor attempt to clear guilty, irresponsible and violent behaviour.

"You also say your co-founders were neutralizing a fight...by slapping a Woman??? And vandalizing a car? This is in no way an apology.

"Dear corporates and members of the public..we cannot in this day and age condone this kind of irresponsible entitled and disrespectful practice. May the law of Kenya prevail."

According to reports, the two entrepreneurs were involved in an altercation after one of the two women allegedly refused to hang out with them.

Wapi Pay's statement suggested that there was a misinterpretation of facts and said the reports doing the rounds in media are distasteful and troubling.

"Paul and Eddie got involved in an attempt to neutralize a confrontation between two women and defend themselves from certain aggressors," reads the statement.

It added that the matter is under investigation.

Company says the two wanted to defend themselves from certain aggressors.
Sasa
1 month ago
by ELIZABETH NGIGI Lifestyle, Entertainment Journalist
Word Is
20 October 2021 - 00:00