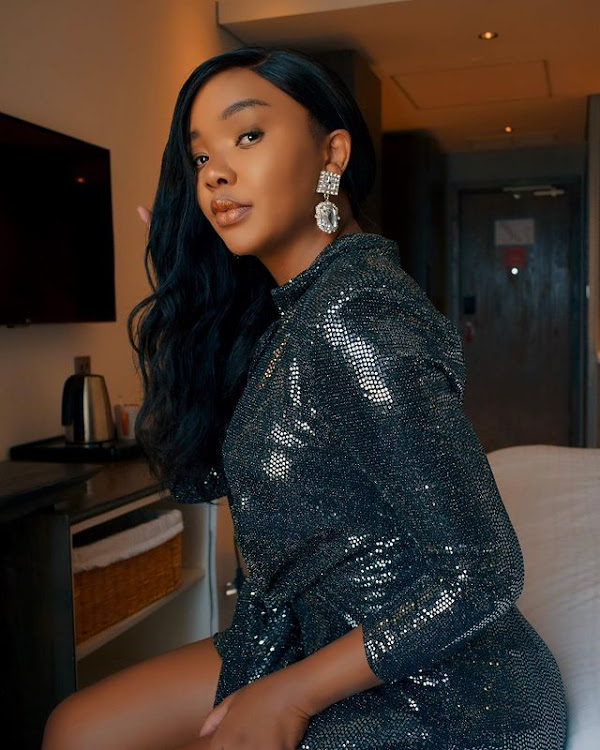 Media personality and influencer Serah Teshna gave birth to a bouncing baby a month ago.

In a post on her Insta stories, Teshna said her baby is now 40 days old.

"We are 40 days today, I am obsessed," she wrote while sharing the cute hand of her little one.

Sharing a video of her baby bump on her socials, Teshna said God showed up and showed out.

"2021. God showed up and showed out. We are so excited to share this amazing journey with you. God is the greatest."

In the video, Teshna is seen kissing Wanyama.

Teshna relocated to the United Kingdom after resigning from her job at K24.

A source told Mpasho Serah 'Teshna' Ndanu is currently based in Nairobi, while Wanyama is in Toronto, Canada, where he plays for Major League Soccer club FC Montreal.

In a past interview, Teshna said she quit because of the crazy schedules that left her with no time for herself.

She hosted Alfajiri show at K24.

Explaining why she quit, Teshna in an earlier interview said TV had become exhausting both physically and mentally.

"I had to be up by 3am and in studio at 4am ready to start. You can get so occupied with the job that you have no time to catch up with friends or even family. It can get real crazy."

Away from her career in the media industry, the sassy queen has also featured in some popular Kenyan TV shows.

She is famous for her role as the drama queen Trizzy in the show Sue Na Jonnie, has acted in the Swahili drama Sumu La Penzi as well as Pieces of Us.

She won the Best Lead Actress award in the 2011 Kalasha Awards for her role in the film The Rugged Priest.

She is a private person and not much is known about her personal life.