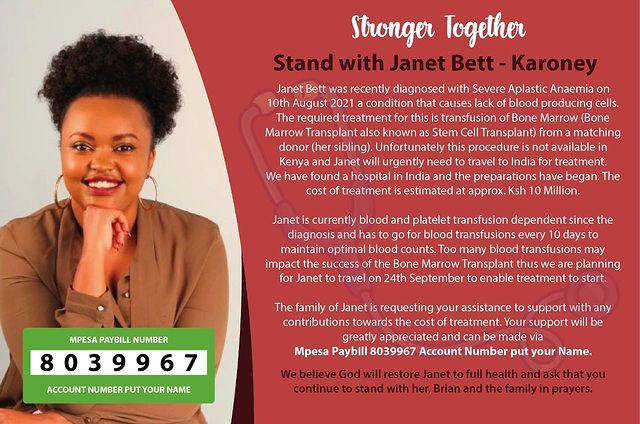 Nyashinski's wife Zia Bett is mourning the death of her sister Janet.

Zia posted a heartfelt Instagram reel where she revealed one of her sister's favourite songs.

In the video, Zia and her late sister are dancing to Major Lazer song's Particula.

"Still seems unreal but here’s a tribute to the best to have ever lived. God must love us so much to have given us you as a sister and for that, I’m grateful. PS: This was her favourite song for the longest time. Till we meet again sissy," she posted

Janet had been sufering from a blood disorder called aplastic anaemia.

In September, Zia asked for help from Kenyans to facilitate her travel for treatment abroad.

"The cost of the treatment is approx Sh10 million and will take 4-6 months before she can return to Kenya," Zia wrote at the time.