Ng’ang’a to female nurses: Don’t touch me when I die

He believes they will touch his penis and say, ‘Come and see Ng’ang’a’ 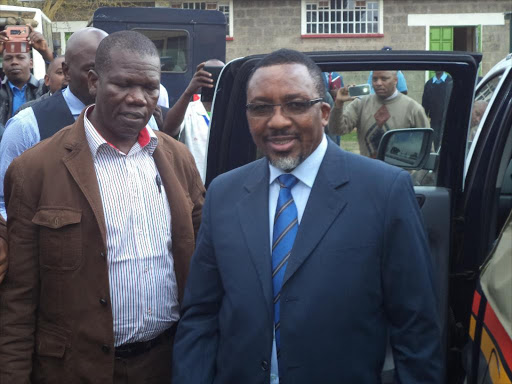 Apostle James Nga'ng'a of Neno Evangelism Ministry does not want female hospital attendants anywhere close to his body once he is dead.

According to a viral video, Ng'ang'a said women will analyse his body and start ridiculing him while he is dead.

Word Is reached out to the man of God for an explanation.

"I am very sure, there is no way I will die in an accident or anything that will have me go through a postmortem. That is where most people's private parts are analysed.

"Men of God don't die accidentally. There is a grace once you become a servant of God."

He and Mercy Murugi have three children, and he wants seven more.
Sasa
2 years ago

Former Nairobi Governor Mike Sonko reacted to Pastor Nga'ng'a's sermon, saying he did not agree with his words.

During another video from his sermons, Ng'ang'a said he has dozens of children.

"I tried everything and when I say I have over 70 children, I mean it. I have 30 in Ukambani, 20-something in Mombasa, Nyandarua and Murang'a," he said.

"One left with a seven-month pregnancy, took her clothes and she never came back. I had to call myself into a meeting," he said.

He opened up about his troubled marriage to his second wife Loise Murugi, whom he said had a tendency to run away.

Ng'ang'a was speaking about generation curses.

Life of a nurse: No rest, but pay is good

Patient gets ridiculed by nurses, doctor

Gynaecologist spiked my drink, made me pregnant - nurse

Says she was unconscious, he took her to his house, raped or artificially inseminated her.

The nurse is believed to have been preparing to ingest the pellets for shipment.