• Jamal said he was officially married to Amber but people break up for various reasons. 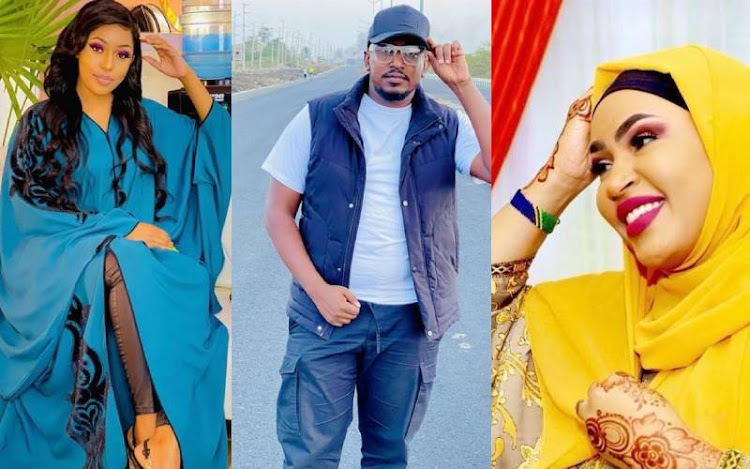 Businessman Jamal Roho Safi ended his relationship with socialite Amber Ray a few months after they got married.

Amber and Jamal were first found out to be dating some time in December 2020.

Jamal came out soon after to confirm their relationship before going on to advise his wife to appreciate Amber Ray’s presence in their lives.

Speaking to Word Is, Jamal said he has gone back to his first wife.

"Everything is in order with my first wife," he said.

Amber Ray had announced in a Q&A session on her social media that they had indeed split.

Jamal has since been sharing photos of his two children with his first wife.

Asked if Amber Ray is still in his life, Jamal said they are friends.

"We are normal friends, we still talk and we do business together, but nothing in between."

Asked what caused their separation, Jamal said they were officially married but people break up due to various reasons.

"It was not clout. We got married in the Islamic way, and so the divorce process takes time," he said.

"Kuna talaka ya kwanza, ya pili, ya tatu. I parted ways with her. Yea nikama nimempa talaka.

"We talk but there is no relationship between me and her. She was my wife and I used to get everything and I was doing everything for her. Sometimes someone can take a break."

Jamal said Amber Ray has a good side.

"She is a good person, she does not just have a negative side. She is a good businessperson who understands a lot of things in the business world. We disagreed but that is between me and her."

He added that his first wife has since forgiven him.

"Amber and I no longer visit each other, just chat on WhatsApp and calls, but purely business. My wife forgave," he said.

"Amira has a good soul. She has been in my life since I was in Form 2, and so I think she would not have wanted to end our marriage."

On Monday, Amira showed off her new iPhone 13 Pro Max worth Sh180,000 gifted by her husband Jamal.

She said good things happen to good people. "Thanks, Jamal. Am obsessed."