Zainab served as the Kwale Woman Representative between 2013 and 2017.

• The former K24 journalist described her late mum as her greatest supporter. 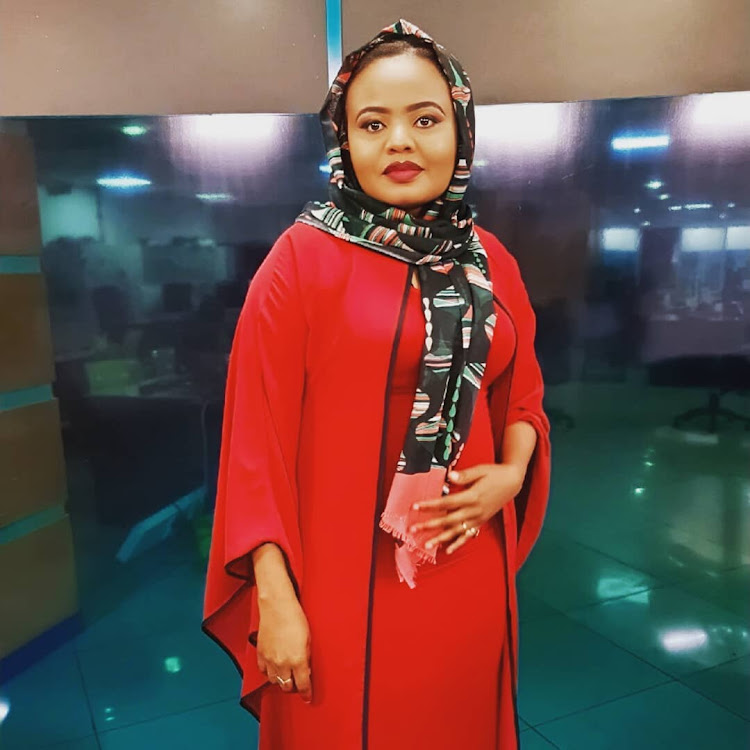 Media personality Mwanaisha Chidzuga was with her mother Zainab Chidzuga when she passed away a month ago.

Speaking to Radio Jambo's Massawe Japanni, Mwanaisha said that her mum's death was a shock to the family.

Zainab served as the Kwale Woman Representative between 2013 and 2017.

She won the seat on the ODM ticket.

The former legislator was eulogised as a devoted and selfless leader by politicians and her family members.

Mwanaisha was with her mother at a hospital in Nairobi when she died.

"I was with her in the hospital when everything was being done. We had spoken a day before. Because of her condition, she could not speak much. God's work is not a mistake," she said.

"It is a loss to us as a family she had been sick for a very long time. She is at peace since she has left her children all united."

The former K24 journalist described her late mum as her greatest supporter.

She shared her last moments with her family thanking God for giving her a strong mum.

"She was my confidant. She was my force. She had invited all her kids and grandchildren during the Idd holiday. She cooked pilau for us and we had lunch together. I thank God for giving me a mum, a strong mum. She wished well for all people."

"She taught me how to live with people."

Meanwhile, on her marriage to former Garsen MP Danson Mungatana, Mwanaisha said dating politicians is not a walk in the park.

"There is a lot of pressure dating a politician. He is loved and so you panic, you have to learn your husband and know what happens here and there."

She added that trust is the key value.

"That's the foundation. We have set rules I have to learn to be a wife and mum. He has to be a husband and a dad to our children when we go home."

She spoke about her ambitions to join politics.

Mwanaisha is eyeing the Matuga parliamentary seat while her husband  Mungatana will be contesting for the senatorial position in Tana River county.

How will they jungle between family and politics?

"I have been living with politicians. My mum has been at the forefront as a politician. I was brought up in a leadership setup. The pressure in media and politics is similar but also it's always good to plan. You could be a teacher and fail to manage your family."