Karen admits that she fell in love with Samidoh on their first meeting.

• She has accepted it as God's gift, says any girl would fall for 'fun, attractive' Samidoh 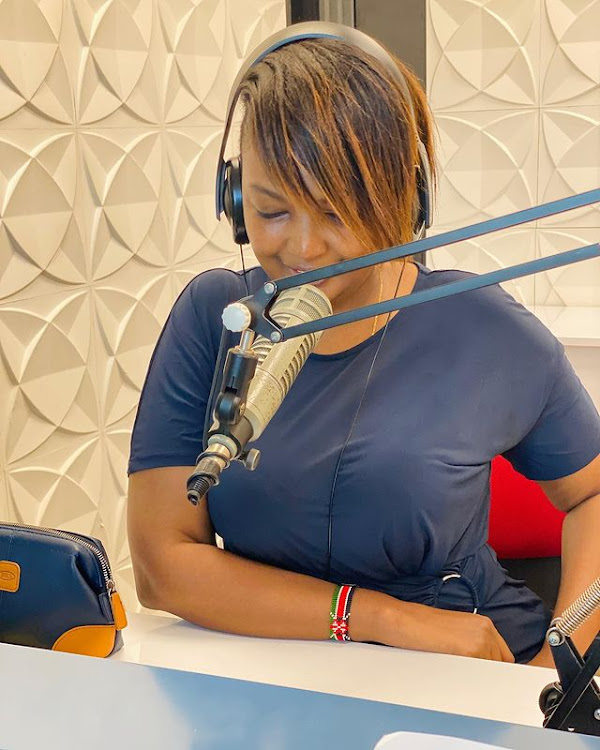 Politician Karen Nyamu is expecting her second child with Mugiithi singer Samidoh but expects him to stick with his wife, with whom he also has two children.

Speaking to Jeff Kuria TV, Karen said the news of the pregnancy came as a shock to her. She was stressed for two months after the test turned positive.

"My son is 10 months now, it's been amazing seeing my kids grow. This current pregnancy was unplanned," she said.

"I got a test kit and tested from the toilet just to confirm since I had missed my periods and I felt stupid since it was not planned for and bearing in mind we are headed to campaign season, it was a surprise and I got so stressed. I did not want to believe it. I mean the timing was bad."

Adding, "My two other children, I got so excited about the pregnancy, but this one I was stressed. The excitement came after my first scan. It is now a good thing."

Corazon did not plan for second pregnancy

Karen says the Bible is her guide and so she understands that it is God who gives children. "Yeah, I read the Bible and kids are His gifts. We know of people who are married but are struggling to get children, so I am okay."

About how she broke the news to her baby daddy, Karen said, she waited until he visited her.

"He left it for me to decide what I want but so far, I can tell he is okay."

He left it for me to decide what I want but so far, I can tell he is okay

Karen admits that she fell in love with Samidoh on their first meeting.

"To any woman, Samidoh is very attractive and fun to be around. In my situation, any woman would have fallen in love with him."

Asked why Samidoh and not any other man, Karen said they are both adults.

"People call me husband snatcher but I know him well, he cannot leave his family. His wife by now knows that I have no intentions of coming between them."

Addressing the allegations that Samidoh beat her, Karen said she was disappointed.

"I was so worried, bitter and angry. My daughter did not witness the scene since he locked the door but I was angry," she said.

"I went live on Instagram as a way of revenging. I was disappointed since if you ask me one of the sweetest people I have met, it is him."

In her rant, she had threatened to take legal action against the singer.

Vera: I'm not a hubby snatcher

You'll forever be a side chick to unfaithful men, she says

She says women wind up in affairs after trusting too easily

Says it's an MCA who saw them together and told her Samidoh was married.

Together for 18 years, he 'left after marrying a second wife 10 years ago'