Isaac Mwaura’s mother was accused of being unfaithful

His father disowned him, saying he looked like a pig

• Some people claimed his mother had a relationship with an Indian, he says 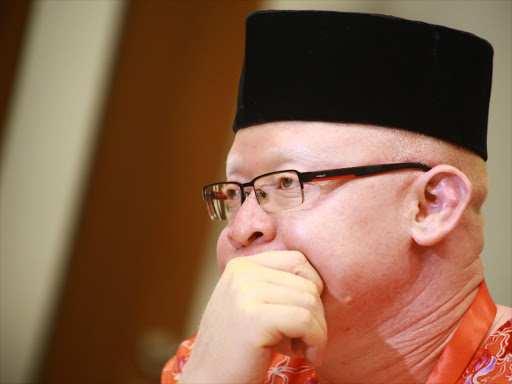 Former nominated Senator Isaac Mwaura says his mother was accused of being unfaithful after he was born.

Speaking during an interview with 'Metha Ya Kagoni', the father of three said he was born out of wedlock.

"At the time my mum used to work for her uncle before she landed a job at a chalk company run by a Muhindi, and so it was assumed the guy fathered me."

Mwaura was brought up by his mother and grandparents.

"People did not visit our home after birth since I was an albino. Others thought I would die. My family loved me very much and that gave me strength."

He said growing up without a dad was not easy as he lacked a male figure to look up to.

"I thought I would grow up and become a woman because I never grew up with my dad around. I was surrounded by women. Since I was also a bright child, I was told to read while my brother and cousin did the other chores."