First time was after his mum dumped him in loo, second during mob justice

• Shalkido joined a gang in Class 8 and in Form 1, they robbed a principal of Sh500k 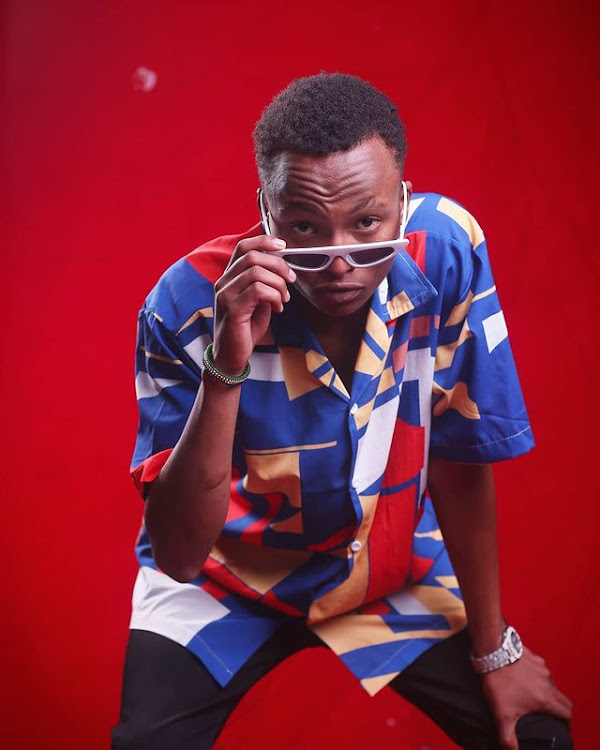 Former Sailors group member Shalkido would not be alive today but for the timely intervention of his grandmother not once but twice.

Having rescued him in his infancy, she again saved him from the jaws of death after poverty led him to be a robber.

Speaking in an interview with Ala C on YouTube, Shalkido said he joined a gang at a young age.

"Poverty can make you do very bad things. One time my grandmother was very ill and I did not have money to get her medication, so I became a robber," he said.

"In class 8, I was walking with a group of boys who had guns and I did not fear. I used to be sent with the guns as I was very tiny.

"One day, we went to a school and attacked the principal when I was in Form 1; he gave us around Sh500k.

"He reported to a police station and the police came to arrest me alongside a mob."

Shalkido recounted how he was beaten badly but his grandmother rescued him and he was taken to rehab.

"Someone was even about to cut me with a panga but my grandmother stopped them," he said.

"I was taken to rehab and my grandmother was taken care of by my dad and sister. I hope my kids will never go through the problems I went through."

Shalkido has since reformed and is known for his music skills.

During the interview, the ex-Sailors member opened up on his rough start to life.

"I was born in Ruiru. People call me 'Ga cucu' because it is my grandmother who brought me up. My mum dumped me in a toilet while I was two months old," he said.

His parents had disagreed and his mum wanted to do away with him.

"My grandmother was out on the farm, she heard my wails. She picked me up and brought me up. I call her mum. I used to question her why everyone would call her mum and I was to call her grandma, but she never wanted to tell me."

He said he has never seen his mum and his mother has never looked for him.

"Whenever I ask my dad, he never wants to talk about it. One day I will look for her. My biggest question I would ask is, 'What did I ever do to you to leave me through such pain?'"

He has since forgiven his mum and wants to build her a house.

Charltone wonders who his father is but can’t ask her in her state of mind
Sasa
2 weeks ago
Shadrack Wambui: From wannabe armed robber to justice warrior
by ELIZABETH NGIGI Lifestyle, Entertainment Journalist
Word Is
08 September 2021 - 00:00