It follows the journey of Sharon Opari, who beat odds to fly Kenyan flag high 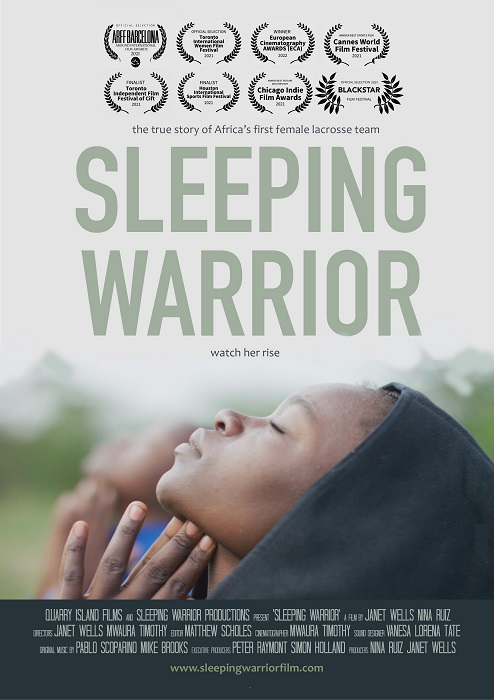 An inspiring true story, 'Sleeping Warrior', has made its international premiere digitally on MyMovies.Africa to all 195 countries worldwide.

'Sleeping Warrior' is about Africa’s first female Lacrosse team, from the mountain of the same name.

Set in Kenya’s Rift Valley, the 92-minute documentary follows their journey across the globe to the 2019 World Championships.

Transformed by the experience, these determined young women experience heartbreak and joy but never give up on their dreams.

The documentary focuses on Sharon Opari, a beautiful and dignified 18-year-old girl who was given away at age seven to work as a maid after her HIV-infected mother was sent to prison.

Overcoming poverty, malaria and abuse, Sharon is chosen to represent Kenya at the World Lacrosse Championships. Before Lacrosse, Sharon had never left her village, and now we are privileged to watch as she travels across the world to be transformed forever by her time in Canada.

Then watch her heartbreak as the team is knocked out of the tournament.

We see Sharon blossom as she deepens her friendships with her teammates, but then see her despair as she realises the dream will come to an end, and she will return to her life as a “slave” back in Kenya.

Trushna Buddhdev-Patel, co-founder and content director at MyMovies.Africa, says the movie explores the timely themes of female empowerment and finding one’s place in the world.

Making her debut as a producer in this documentary, Nina Ruiz says her passion for societal matters affecting the youth and women has spilt into filmmaking, which she regards as a powerful tool for educating and making positive change in communities.

Canadian screenwriter Janet Wells made her feature film directorial debut in this documentary. “I’m very passionate about female-led storytelling,” Wells says. “So, filming Sharon and the girls was important to me.”