He was tortured and asked about the blogger's whereabouts, Edgar says 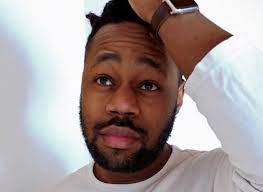 Through his BNN page on Instagram, Edgar said the kidnappers tortured his brother, asking him about the blogger's whereabouts.

"I would like to ask you to pray for my family. Saturday night I was informed that they kidnapped my brother," he said.

"They kidnapped him, tortured him, trying to get information about my whereabouts, that’s one of the scariest things.

"I am so sad he had to go through that, and that some people in this country would go so low and go after my family. I hate this country, how they get away with everything."

Edgar said it is not the first time that has happened but his brother did not want it to go public.

"When my brother went to pick up the package, he finds DCI agents waiting for him. He is taken to a room, told to wait there and surrender his phone. They locked him up in the room for three to four hours. They were asking, 'Where is Edgar?'" he narrated.

He is hoping that justice will be served for his brother.

"Hearing my brother cry on the phone, trying to explain what they did to him. He did not deserve it, he is an innocent person, we are just related. We will be reporting the matter, hoping police will do something."

Edgar said it is disappointing that he was kidnapped last year but no action was taken.

Edgar is not new to controversy as he has many times used his page to speak out on different topics.

With the latest exposé, some Kenyans came clean on wanting to multiply their money but most of them ended up getting conned.

Their unfortunate encounters ended up giving them a firsthand look at how some of the flashy businessmen make their money.

Kidnappings: Be careful who you lend your phone

Mention of case set for August 21.

Obare coached lady to stalk a governor with the hope of extorting Sh10 million from him.