I had a miscarriage before losing my daughter Adana, Marya Prude reveals

• First was a miscarriage after just nine weeks. 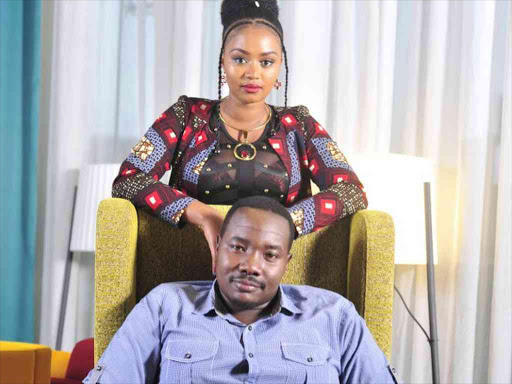 But this painful experience is a matter she has kept away from the public eye because of insensitive trolls and critics.

Speaking exclusively to Word Is, Marya opened up about the heartbreaking loss of two infants that shook her to the core.

The heartbroken mum said she faced her pain in the harsh glare of the public and even took a break from her career to come to terms with the experience.

It was during this time that her marriage to Citizen TV's Willis Raburu ended.

"My baby died in the womb after a few complications," Marya said.

"I was in the 39th week of pregnancy and so I was in labour for about 14 hours. I gave birth normally after pushing three times but the baby came out dead."

The couple had hoped to meet their baby after they lost the first pregnancy through a miscarriage at nine weeks.

She said it was an anembryonic pregnancy, a form of a failed early pregnancy where a gestational sac develops but the embryo does not form.

"What people don't know is that I had lost another pregnancy in 2018 at nine weeks then. In 2019, I got pregnant with baby Adana," she said.

"It was really tough for us since we were trying to get a child."

Speaking about the pregnancy journey, Marya said it was smooth and that her sister conducted a gender reveal party for her.

Marya was previously known to be a staunch Christian, but her faith wavered after suffering the heartbreaking experiences.

To keep her daughter's memory, Marya got a tattoo of her name on the left hand.

She says the memory never goes away.

"Every time I'm in the shower and I look at my tummy or lying on my bed and my hand is on my tummy, it never goes away. She changed my life."

Marya encouraged parents who have undergone similar experiences to speak about them, saying doing so provides some therapy.

"I have a circle of women who have gone through the same and we share a lot. Although I wish to have kids in future, there is some fear."

Marya said, "nobody told me before that there is a possibility of losing a child after carrying the pregnancy for nine months."

"I just knew about miscarriages. So getting pregnant with that in mind, I didn't know it was a possibility."

Parents took me in after marriage to Willis Raburu ended - Marya

Says divorce and loss of daughter was an emotional period.
Sasa
3 weeks ago
by ELIZABETH NGIGI Lifestyle, Entertainment Journalist
Word Is
27 August 2021 - 07:10