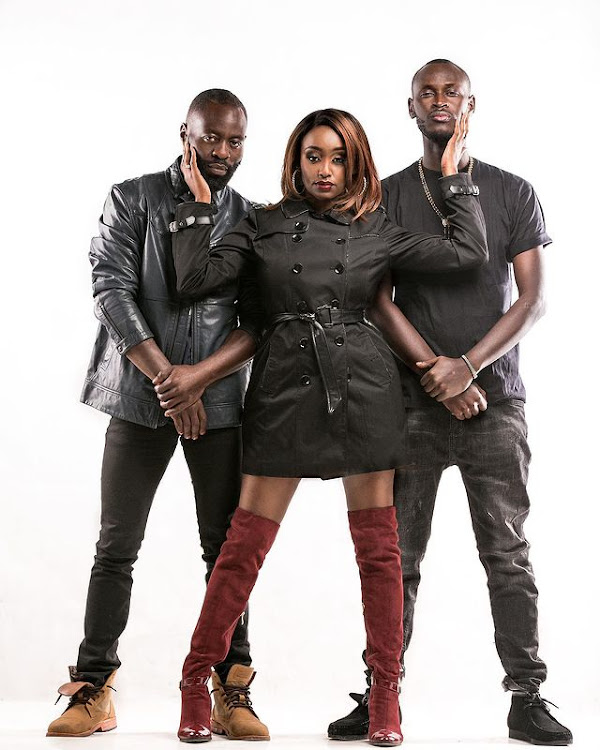 Diana will be a nine-part music series running between 1:20 to four minutes per episode.

The musical is about your typical Nairobian girl, who loves a good time and the usual meeting here and there.

Diana (Michelle Ntalami) meets and falls for a guy (King Kaka) at a party and a romantic relationship ensues.

Unbeknownst to him, Diana is already in a relationship with one of his friends, Alvin (Robert Agengo).

Upon learning this, King Kaka tries to end the relationship. However, Diana is not willing to let it go.

The conflict escalates, ending in a violent scenario where the audience is left wondering who Diana will violently get rid of in the end.

Speaking about the song, Kaka said the Diana Series tackles the societal issues surrounding gender-based violence and how it has become rampant over the past few years.

With the rise in GBV, he said, it's important to promote education on such abuse to reduce the stigma of victimisation within the community.

"We all have a responsibility to take collective action against harmful gender and social norms and to empower both men and women to recognise, address and prevent acts of gender-based violence."

Baze is a mobile-first, video-on-demand service that offers a wide selection of local and regional short-form videos in comedy, drama, lifestyle and music.

How love turns into lethal hate

Nation is reeling from spate of violent killings in romantic relationships
Sasa
1 month ago
Why Wa Migwi is like a mother to domestic abuse survivors
by ELIZABETH NGIGI Lifestyle, Entertainment Journalist
Word Is
20 August 2021 - 00:00