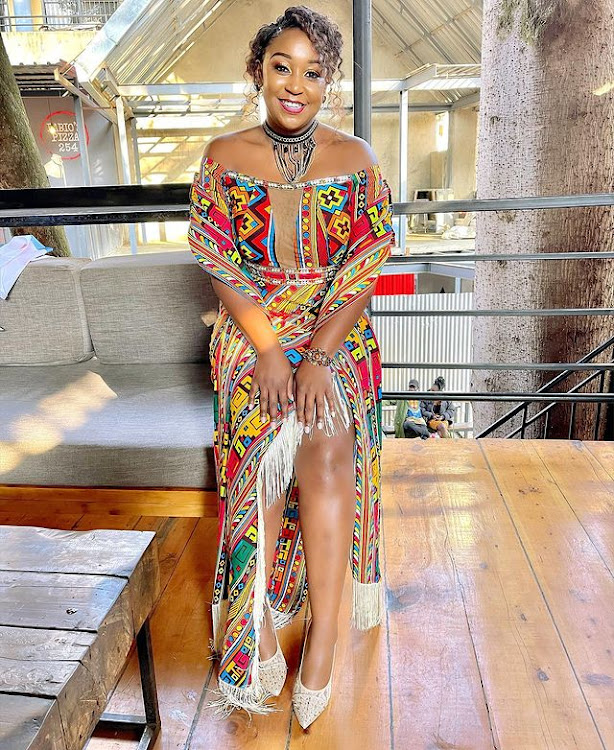 Media personality Betty Kyallo has been featured as a video vixen in H_art the Band's  'My Jaber (My beautiful woman)' song.

In a teaser shared by the group on Instagram, Betty appears as the 'Jaber', stunning in African attire.

Betty said she can't wait for the release of the song.

"Jaber this Friday. I love my dress, looks beautiful!" she wrote.

Other than Kyallo, the video also features Citizen TV's Willis Raburu. Raburu, aka 'Big man Bazu', is the man of the moment, spoiling attendants with cash.

'Hart the band' is set to release the official video of the hit song on Friday, two months after its audio was uploaded on YouTube.

It is not the first music video that Betty is featuring in as a vixen.

Back in 2009, Betty Kyallo was not on TV as a news anchor, but she was making strides towards that.

She saw an opportunity to feature as an extra in a music video by Rongai-based artiste S Kay.

Speaking about the music video, Betty asked her fans not to look for it as she did not want them to see how bad she looked.

"I was looking like problems back then, tulijaribu. I was in braids, and a tank top (crop top)," she wrote.

"My brother was the one directing the music video so he would never have allowed for me to be the main video vixen.

"I was an extra, dancing huko on top of the speaker."