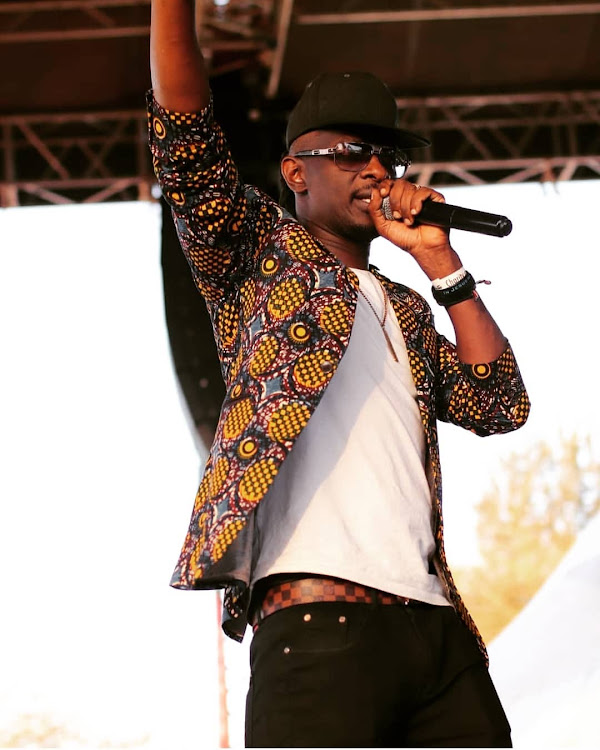 Speaking to Word Is, the father of two said he stopped hitting the gym after he fell sick in 2017.

"I have become very unfit, especially now there have not been major performances since Covid-19 hit the country," he said.

"I recently went for a checkup and the doctors said I have to find a way to go back and start working out."

This is the second week for the 'Megarider' hitmaker in the gym.

"I am trying to see if I will make it a lifestyle thing. My wife has been encouraging me to join her but I have to find something I can enjoy like cycling, boxing and swimming."

Asked about how long he hopes to do it, Nameless said working out is going to be a lifestyle.

"The doctors said I need to work on the cholesterol as diseases like diabetes could hit. If you start early, you can prevent that. I have to also try and do away with sugar. Keeping fit is good and I also want to look good as a bonus, though."

Nameless and his wife Wahu are working on an album.

"We are releasing an album soon. Our mission was finally we can work together. Corona is very confusing but the target is to have the album released by the end of the year. Before then, we will be releasing singles."

During the interview, Nameless responded to claims by a fan who commented on his Facebook post, claiming to have seen him fight with his wife in a shopping mall.

"We even fight in the car and the house. We just fight respectfully and make up purposefully to keep growing and moving on regardless," he said.

"We are a team and even teammates have differences. We do argue and our kids know that at times mum and dad are not in agreement."