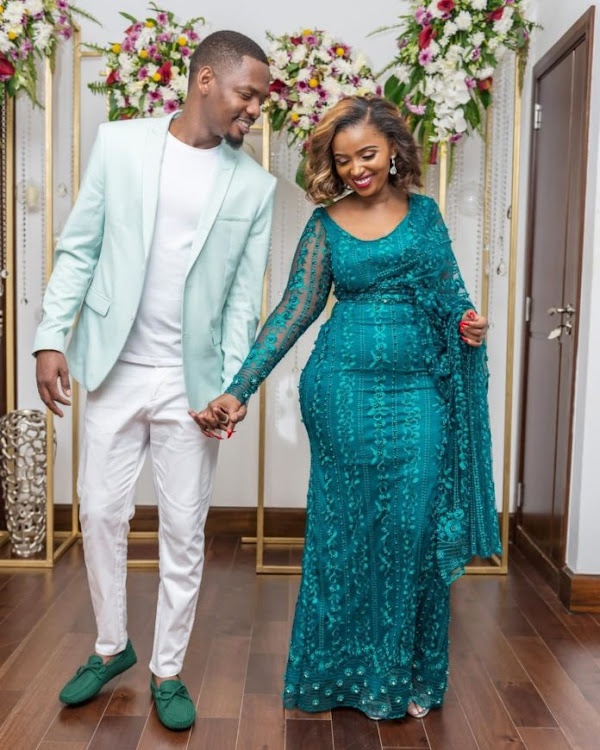 The two got married in March last year and Ben Pol filed for divorce early this year.

Speaking in a recent interview with 'Simulizi na Sauti', the 'Moyo Mashine' singer said he has since moved on and has no feelings left for his Kenyan sweetheart.

"Yes, I filed for divorce and the process is going on."

Addressing when exactly the two separated, Ben Pol said they separated in episodes.

"We separated last year for like one and half months, then in September, we got back together and in February this year, we separated again. I think I did my best from my end to keep our love, but I can't change anything."

I invested in that love and that is why I was affected after it ended. The pain was still the same for two to three months

He added that they were both living their best lives.

"We lived in our truth. I did my best and gave my all. I invested in that love and that is why I was affected after it ended. The pain was still the same for two to three months."

Ben Pol admitted that the separation took a toll on him.

"That period was tough. I can't pretend to be a commando since love matters are sensitive. I would wake up at 5pm and take my breakfast, take my lunch at 9pm and sleep at 5pm."

On how he overcame, Ben Pol said online sessions and talks helped him.

"I talked to people about it and went back to my family," he said.

He said the biggest regret is that he didn't see it coming.

"Although I have my weaknesses, there were signals that God showed or the world gave and I ignored and skipped them," he said.

"We all have the gift to predict the future. Always listen to your guts. For example, I would not have wedded her last year."

People need to study what marriage is before entering one, she said
Sasa
9 months ago

How to survive a marriage or relationship - Sonko

A day ago, ODM leader Raila Odinga bemoaned the increasing cases of spouses killing one another in domestic fights.
News
3 months ago

His mum and aunties have given up on him getting married

He fears his marriage will fail like those of his peers

Wife material? Not me - Betty Kyallo

"I can’t be a housewife and just sit there," she said