Matete’s father lost it after her husband died

Abel Amunga was driven 'insane' by the news

• Father says if he did not know God, blood pressure would have finished him 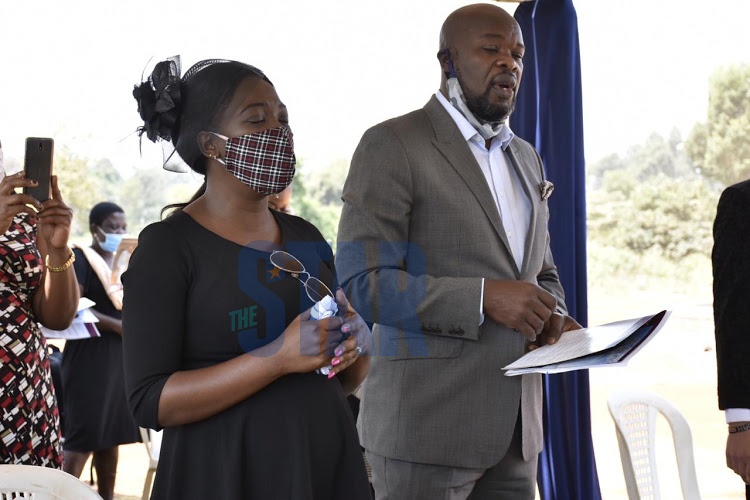 She was three months pregnant with her daughter Toluwa.

Speaking about the incident on the segment ‘Oh Men’, her father Abel Amunga explained how the death hit him.

"It was hard on me, I was insane. If you don't know how to lean on God then you are done. If I did not know God, blood pressure would have finished me," he said.

Amunga has had blood pressure for some time due to the "many things I have gone through". Ruth was called by the hospital to be given the news of her husband’s death but she never told him.

"She lied that we were needed to sign some documents at the hospital. I wondered what documents as we had signed everything. With my little wisdom, I knew he had died," he said.

"She knew I have always had issues with blood pressure hence she did not want to throw the news at once."

Amunga added that his fears were confirmed once at the hospital.

"It was like the world was crumbling on me. Little did I know that this was going to be an exodus of negative things from the public. It was bad. An innocent person expecting a baby not being given time to eat nor get fresh air while being questioned at the DCI."

He said the biggest lesson the experience taught him is that the people you least expect are the ones who will stick by you.

"Dark seasons reveal your true friends. There are people I expected but they were never there, I received zero from them," he said.

"Tragic moments are like a sieve. The true friends will remain in the sieve. What goes down are the friends I thought would stand by me. The ones who stood by me were the unexpected ones, very few."

The struggle to move on after husband dies

Not a single MP has visited outspoken opposition legislator since his arrest.

Friends let me down when I was in Kamiti -- Jowie

"I don't have friends. It's either family or no one... All my friends let me down."

Othuol's friends did not support him in last days

Pleas to raise Sh8,000 for an ambulance went unheeded