Though alcoholic, father was responsible — Awinja

Hardly a day passed without him winding up in a ditch

• Actress revisited memories of growing up under a drunkard dad 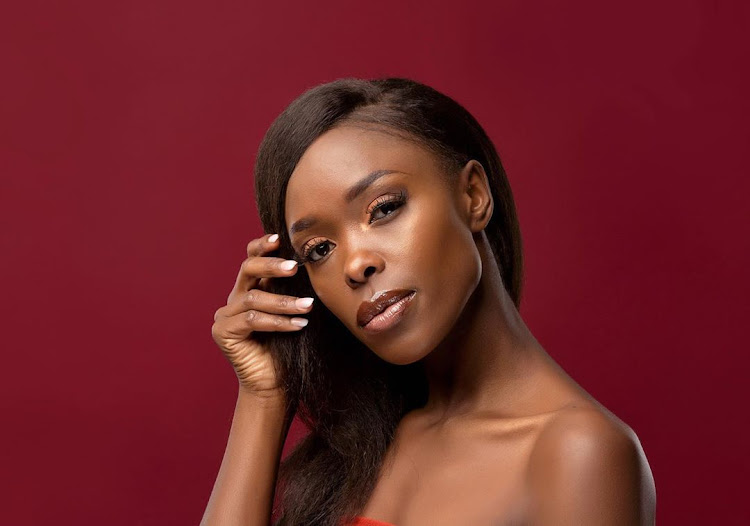 'Papa Shirandula' actress Jacky Vike, popularly known as Awinja, was raised by an alcoholic father who was "embarrassing" at times but otherwise reliable.

Speaking in an interview on 'Engage Talk', the mother of one said her parents worked for the Nairobi City Council and her dad was a cleaner.

He loved alcohol but was the most responsible father who treasured education and loved God, she said.

She was raised in Majengo, Nairobi, and she said although her father was filled with love for his children, he would embarrass them when drunk.

"He was a drunkard. When a day passed without my mother being called to pick her husband, it was surprising,'' she said.

"Sometimes we would be taking supper and hear screams outside, 'Kujeni mchukue Baba Bony ameanguka kwa Mtaro na atanyongwa na maji. And we would run to his rescue."

Awinja added that she had grown up with the reality until one day when he embarrassed her by his behaviour.

"We were from upcountry and my grandma gave us chicken. My dad had not planned to slaughter it. But I released it and it got lost," she said.

"My dad came in the evening, and this time he was sober. When he heard that the chicken was lost, he went to take alcohol."

In the middle of the night, her dad came shouting, addressing the person who had stolen the chicken.

"The next day I went to school. While in class, some kids passed by, repeating what my father had been singing the previous night," she said.

"When they were called, they narrated to the whole class how my father behaved the previous night. The whole class laughed at me."

The mother of one said despite the embarrassment, her father was loving, responsible and would provide for his children and make sure they get educated.

She recounted how the news of his death was broken to her.

"The teacher found it difficult to talk to me. He said I have to go home because I have a fee balance, but I did not have a balance. But I sensed there was something wrong," she said.

"I was released to go home and when I arrived, I found people crying and my cousin approached me, saying it was my father."

Her dad died in his sleep, next to her mum.

"He was at home, then started complaining of feeling cold. My mum lighted a stove to keep him warm. They slept, but the next day it was only my mum who woke up. He was taken to the city mortuary," she said.

How much is too much drinking?
by ELIZABETH NGIGI Lifestyle, Entertainment Journalist
Word Is
12 July 2021 - 00:00