He condemned the lack of values among leaders and handout culture

• He said just like Christ, he would serve all citizens indiscriminately 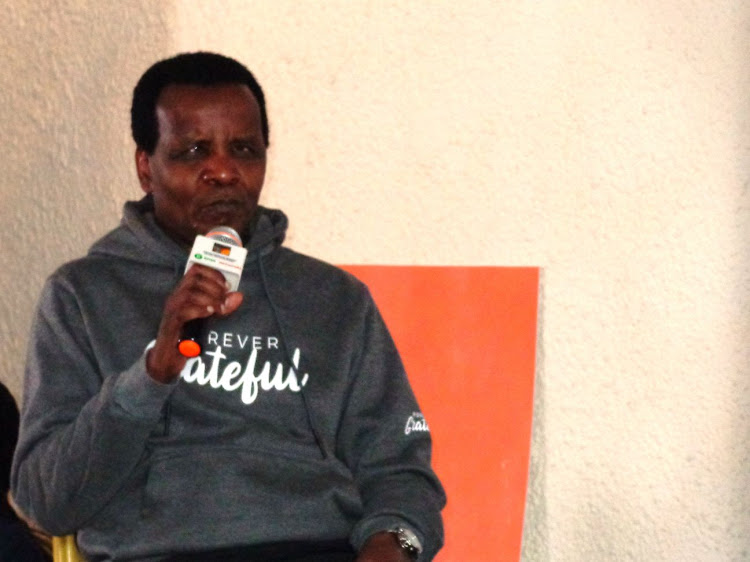 Kigame Media owner Reuben Kigame, also an an artiste and development expert, urged the media to be inclusive in its packaging to reach more people. ‘Has anyone ever thought of doing a newspaper in braille?’
Image: TOM JALIO

Gospel singer Reuben Kigame has started laying the groundwork for his presidential bid by announcing some of the things he intends to change.

Speaking during an interview on Spice FM, Kigame said he intends to treat everyone equally.

He said he does not support certain lifestyles but just like Christ, he would serve all citizens indiscriminately.

"I will be President for all. My priority would be to ask, have they eaten, do they have medicines, do they have jobs? They are first human before anything else," he said.

On abortion, the 'Enda Nasi' singer said he is pro-life and firmly believes in protecting life from conception.

"I believe in protecting life from conception to natural death. This is not only biblical. It is also constitutional according to article 26," he said.

"I am a Christian but presidency implies I must serve everyone equally and fairly. I will be a President also for Muslims, Hindus, atheists, and so on. All need servant leadership."

Kigame also strongly condemned the ‘handout culture’ during campaigns, saying it is high time Kenyans move away from it.

"Academic credentials without values does not equate to leadership. Leadership is about wisdom and decision-making," he said.

He made public his intentions to contest for the top seat in April, saying the tough times the country is undergoing have prompted him to make the tough decision.

He promised financial prudence ahead of Sh1.6 billion campaign

Senator Cheruiyot hits out at Raila over graft pledge

Said EACC is the only agency mandated by the Constitution to deal with corruption.