Without his guidance, he might have been a thief and his brother dead 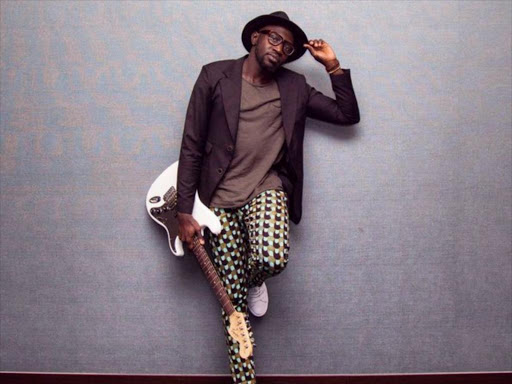 They discussed fatherhood as they marked Father's Day.

Polycarp's father asked what kind of a father his sons thought he was.

Replying to this, the guitarist said, "You were very strict and you know that (laughs). I do not know if there are naughty moments about me that I do not remember that you want to talk about?"

His father giggled and reminded him of a day he stole a friend's tyre.

"Now as the boy is looking for the tyre outside, you're looking at him through the window and you didn't know I saw you," he said.

"So I told you, people who take people's things without permission are thieves. So you as a thief, what you're going to do is carry this tyre, go to their house to return singing 'I am a thief', and I will follow you to hear if you will sing those words.

"What I was doing was controlling the situation when you're still young because it can get out of hand."

Appreciating his father, Fancy Fingers said without his father being strict, he wouldn't have been a straight boy.

His brother Olang’o agreed to have been a naughty boy and for a long time, and he felt a bit of distance because his father was strict.

"I was curious but also rebellious because you will tell me the same thing over and over again."

Their dad said, "If I did not do what I was supposed to do we would have lost you, recovering would not be possible."

Olang'o told his father what made him change when he had suicidal thoughts.

"I came home and you walked with me, you were vulnerable in front of me. And that also allowed me to be vulnerable with you."

Ending their segment, their father told the young dads to always correct their children.