• Last week, he met with some of Tanzania’s top entertainment bosses 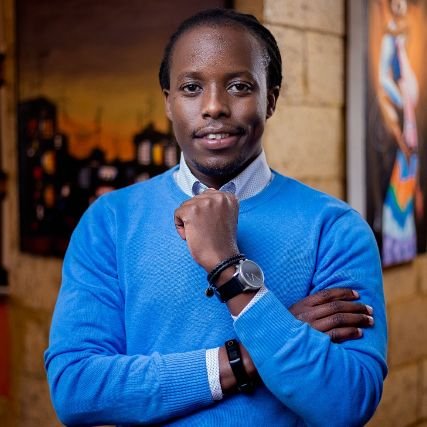 Film producer Eugene Mbugua has set his eyes on Tanzania in his quest to conquer Africa.

Eugene is looking to expand his reach beyond Kenya and into Tanzania.

He met some of Tanzania’s top entertainment bosses in anticipation of the new projects he has aligned for East Africa.

Speaking to Word Is, he said the talks are bearing fruits.

"I must say things are shaping up well. I have held meetings with notable entertainment stakeholders here, and we should be able to produce several shows from Tanzania."

The company’s move to collaborate with Tanzania at a time when relations between the two countries are at their best incites the potential of exponential growth for the entertainment industry beyond the musical sphere.

Some of his shows include Sol Family, Foods of Kenya, Stori Yangu, and his latest creation, 'This Love' featuring Wahu and Nameless.

Eugene was recognised in 2016 among Forbes 30 Most Promising Entrepreneurs Africa.