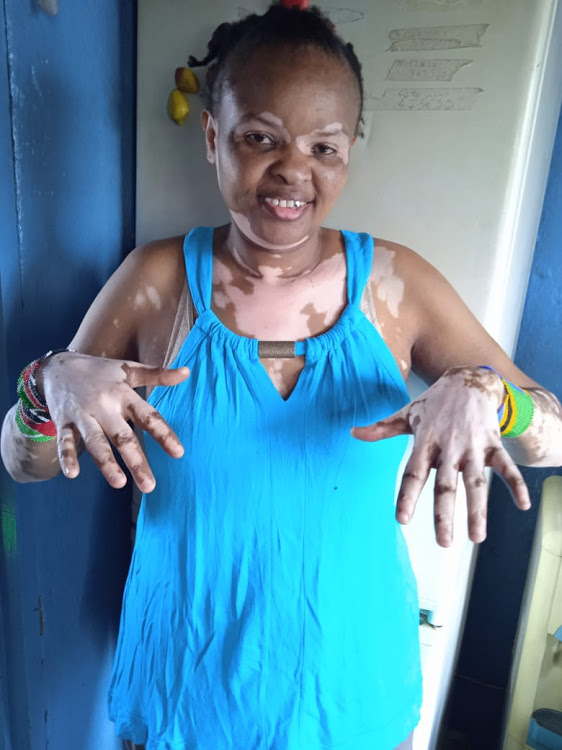 Former 'Machachari' actress 'Mama Stella' has recounted how she was given alcohol to fight Vitiligo.

Speaking to Jalang'o TV, the mother of two detailed her struggles living with vitiligo, a condition in which the skin loses its pigment cells resulting in discoloured patches.

The actress said the condition started when she was a young girl.

She said her mother tried several ways to prevent it, including taking her to witch doctors.

"You see, when you are a mother, you will do anything for the sake of your child. My mum could listen to so many stories about the disease and at one point, I found myself in Kawangwarei in a very big pot with a lid on it and I was waiting for the fire to light," she said.

With this not working, her mother later took her to another witch doctor, who advised her to feed the actress with 'strong tea' and alcohol. She was nine years old then.

"Again she took me to another witch doctor who was giving kids whisky at that early age. My mother was told to buy alcohol and mix it with strong tea leaves. For three months, I never stepped to school since I was totally drunk."

Mama Stella has received help from the government after Kenya’s Vitiligo Ambassador Wangui Njee visited her home and educated her about vitiligo and government programmes that help people with similar conditions.