He blamed politician for claim he beat ex-wife, neglected kids 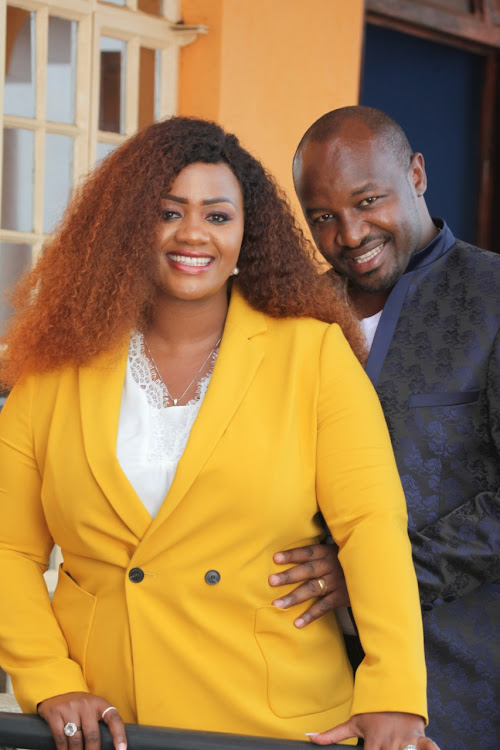 Waweru is a renowned businessman running overseas businesses for shipping and consolidations of goods with a clearing and forwarding company known as Sunrise Investments group ltd.

Speaking to Word Is, Waweru, the current Kirinyaga County Chamber of Commerce chairman, said he wants people to respect his decision and to identify Waruguru as his official second wife.

Waweru added that both Cate's parents and his are officially aware of their union.

"I have even done the first part of dowry payment 'kuhanda ithigi' to prove she is my wife."

Waweru said he was married to Zipporah Njoki, who works at the Kenya Bureau of Standards Mombasa county, but they separated two years ago.

"She is my ex-wife and we are in the process of divorcing. Cate is no longer my girlfriend and that nonsense of we are cohabiting should stop. Those are allegations."

Last week on Wednesday, videos of a dramatic scene said to have happened in Bamburi were shared on social media, where Cate allegedly attacked the ex-wife of Waweru. 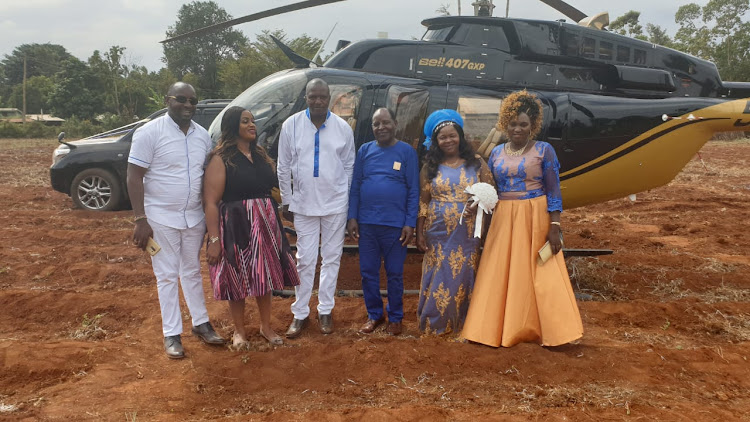 There is a female politician who was pursuing me but failed terribly, so they are using this story to fight Cate and her political position

"I have three kids and since I'm taking care of them, I had visited my children and later stories were shared online that I had gone there to beat her. I was accompanied by my sister and Cate was not there," he said.

The trader said a politician in government is behind the allegations to tarnish Waruguru's name.

"There is a female politician who was pursuing me but failed terribly, so they are using this story to fight Cate and her political position."

On how he met Cate, Waweru said they are childhood friends.

He said he had had marital issues with his wife for a long time and he confided in Cate, and that is how they started dating.

"Since she was single and I was not comfortable with my marriage due to irreconcilable differences, mostly alcoholism issues," he said.

"We differed because of that and I decided to leave and look for a legal way to take care of my children."

Njoki and Waweru have been married for 10 years. Waweru said their parents tried to resolve the issues but it was not possible.

Word Is reached out to Waruguru, who confirmed that Waweru is her early childhood friend and now her husband.

"He has come home and my family knows him and we are looking forward to completing the customary marriage process. On the recent issue, I wasn't there and so he can respond to that."

Njoki denied the allegations she is a drunkard, saying Waweru had disowned his family for Cate.

"The last time his parents came is when I had given birth, and that is when the story was all over that he was with Waruguru," she said.

"Later he left with the parents and came back, confessed to me that he wants to marry a second wife, who is Waruguru.

"He told me I have to either accept Waruguru to be the second wife or I leave that house. And I declined and he left completely."

Njoki alleged that Peter visited their matrimonial home accompanied by Cate Waruguru last week on Wednesday and beat her up.

"How I came to know it was her, I snatched her scarf. The issue is under police investigation. He has completely neglected us with his kids."

Radio talk shows are full of callers revealing their extramarital affairs
Sasa
1 year ago
by ELIZABETH NGIGI Lifestyle, Entertainment Journalist
Word Is
18 May 2021 - 07:00