Why Nazizi will be extending her earlobes

She is following in the footsteps of her mixed lineage

• Nazizi explained that she has had a problem with identity 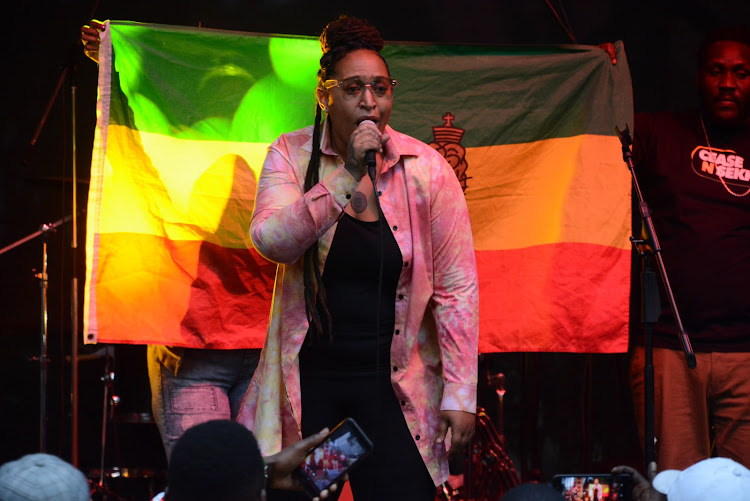 Dancehall artiste Nazizi says she will soon extend her earlobes.

In a post on her social media, she explained that she is doing that out of respect to her cultural origin.

Nazizi said she is half Indian and half Tanzanian.

"Thought I’d share a little bit of my family history and origin of my name. My Father @firozhirji is half Indian and half Tanzanian," she wrote.

"His father came from Kolkata and his mother from Mbozi, which is in Mbeya, southern Tanzania. He named me after his grandmother. Na is the title for the firstborn daughter followed by their mother’s name."

She then went on to explain the literal meaning of her name.

"Na (firstborn the daughter of) zizi (root in Kiswahili). Hence I am the firstborn daughter of root. That’s why I’m super proud to be the root's daughter. I’m so proud that my parents gave me an African name in those times when English names were the norm."

She added that being mixed-race, she has had to struggle with identity and she has never felt like she fits anywhere.

"Many people have asked me why I’m expanding my ears. My answer: culture. My grandmother and my great-grandma Nazizi had theirs ears expanded traditionally," she said.

"I always struggled with identity and never felt like I fit in anywhere but I always sought to connect with all the cultures I come from. I will soon share the story on my double nose piercing."

Nazizi is popular for songs including 'Rise Up' and 'Stronger'.